L.A. and its 1970s cultural renaissance 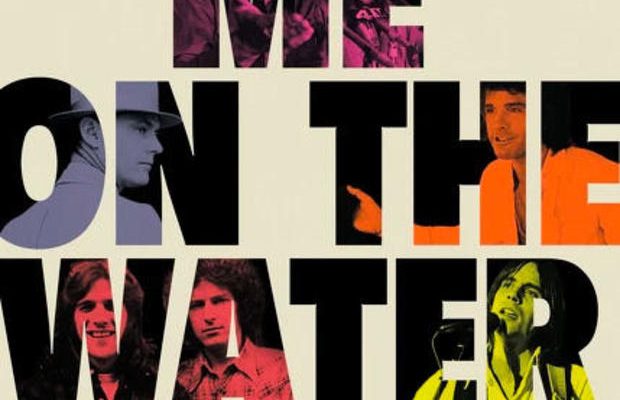 Fifty years ago, singer-songwriter Jackson Browne was in his twenties when he wrote “Rock Me on the Water” in Los Angeles. Author Ronald Brownstein has borrowed that title for his new book about a time he says Los Angeles was at peak creativity.

“The book looks at the year 1974 in Los Angeles, which I would argue was the apex of the cultural renaissance that really redefined the movie, music and television industries from the late ’60s through the early ’70s in L.A.,” Brownstein said.

It was when a young director, Steven Spielberg, was shooting his first blockbuster, “Jaws,” a forerunner of movies laden with special effects.

And it was when, on TV, shows were addressing social issues. On “MASH,” the anti-war movement; On “Mary Tyler Moore,” the role of women; and almost everything controversial on “All in the Family.” Together those three shows made Saturday night on CBS sometimes called the greatest night on television.

And in 1974, new artists like Linda Ronstadt and The Eagles were releasing breakout records.

Brownstein said, “L.A., in the early ’70s was one of those times and places where just enormous skill and pop culture mastery came together.”

Jackson Browne said, “Some part of me resists the idea that that was the peak of my creativity. ‘Cause, man, that was a long time ago. And I’ve made a lot of records since then.”

Correspondent John Blackstone said, “I guess perhaps the point is not that it was the peak of your creativity or anyone else’s, but it was when this huge mass of creative people came together, working together, within, really, a few miles of each other?”

“It’s true; it was very collaborative scene,” Browne said. “It was not as competitive and cut-throat.”

Brownstein noted, “What was striking about L.A. in this period was how much these artists helped each other, how much they shared ideas and even songs.”

Back then, Jackson Browne was writing a song called “Take It Easy.” “I wrote the lines, you know, ‘Standin’ on the corner, in Winslow, Arizona.'” But there he was stuck.

Brownstein said, “I chose ‘Rock Me on the Water’ as the title because it really encapsulates what I think in many ways is the major theme of the book, the question of what from the ’60s – what idealism, what hopes of change from the ’60s – could survive in the stonier political and social soil of the 1970s?”

The protest movements of the ’60s, energized by the huge “Baby Boom” generation, planted the seeds of political change. But Brownstein said, the Boomers did not have to march to make a difference:

“The victory of the Baby Boom was cultural. Ideas that once seemed insurrectionary – ideas like more suspicion of authority, greater personal freedom, changing relations between men and women, more tolerance of difference – all of those ideas went from the edge to the mainstream, largely through the popular culture produced just blocks apart from each other in early 1970s Los Angeles.”

READ AN EXCERPT: Ronald Brownstein’s “Rock Me on the Water”