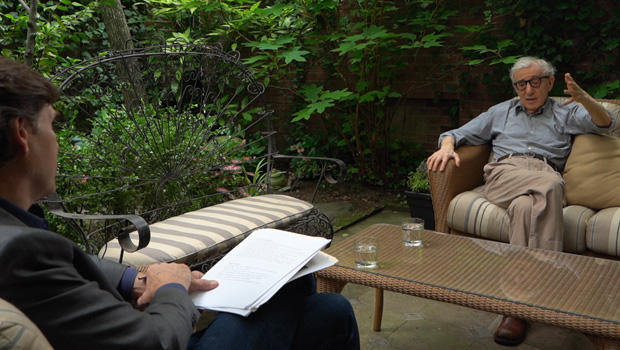 The special will be available on Paramount+ beginning March 28.

Cowan interviewed Allen in July 2020 about his new memoir, in what is the filmmaker’s first in-depth television interview in nearly three decades. The special also includes “CBS This Morning”‘s extensive 2018 interview with Dylan Farrow, in which she details her allegations that she was abused by Allen in 1992 and denies being coached. And Moriarty explores the challenges the public faces when respected artists are alleged – or discovered – to have acted in a morally questionable manner.

Allen has repeatedly denied the allegations that have regained attention following the recent documentary series “Allen v. Farrow.” Some experts have discounted the allegations, and he has never been charged with a crime.

The network said the interview, which took place last summer during an active news cycle, was being made available now given the renewed interest in this topic. In a statement, the network said, “Paramount+ offers the ability to explore Allen, his career, and the allegations around him, in context and with the depth that this story demands.”

The full statement from CBS News is below:

“CBS Sunday Morning”‘s Lee Cowan sat down with Woody Allen in July 2020 following the release of his memoir for what would be Allen’s first significant television interview in nearly three decades. The interview, which occurred last summer during an active news cycle, is being presented now given the renewed interest in the controversy surrounding the filmmaker. The exclusive for Paramount+ offers the ability to explore Allen, his career, and the allegations in context and with the depth that this story demands.”