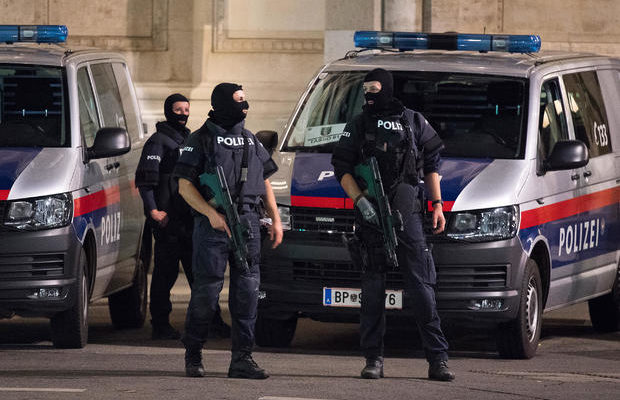 Multiple suspects armed with rifles opened fire in Vienna on Monday, killing one and wounding 15 others across six locations in the city, authorities said. One of the suspects was fatally shot by officers, police said.

Interior Minister Karl Nehammer called the incident an apparent terror attack, Reuters reported. “We have brought several special forces units together that are now searching for the presumed terrorists. I am therefore not limiting it to an area of Vienna because these are mobile perpetrators,” Nehammer told broadcaster ORF.

Police said the incident began near the Seitenstettengasse synagogue around 8 p.m. local time. It’s unclear if the synagogue was a target of the violence. Police urged residents to keep away from the area and to avoid using public transit, saying shots were fired in the busy Inner City district.

“We heard noises that sounded like firecrackers. We heard about 20 to 30 and we thought that to be actually gunfire,” one witness told BBC News. “We saw the ambulances… lining up. There were victims. Sadly, we also saw a body lying down the street next to us.”

Rabbi Schlomo Hofmeister said he saw one person firing shots in the street below his window. “They were shooting at least 100 rounds just outside our building,” Hofmeister told the AP.

“All these bars have tables outside. This evening is the last evening before the lockdown,” he added. “As of midnight, all bars and restaurants will be closed in Austria for the next month and a lot of people probably wanted to use that evening to be able to go out.”

French President Emmanuel Macron expressed his support for the country on Twitter, writing that his country shares Austria’s shock and sadness. France has faced its own surge of violence in recent weeks, most recently when three people were killed in a knife attack at a French church.

Police in the neighboring Czech Republic said they planned to check travelers moving between the two countries as a precaution, BBC News reported.