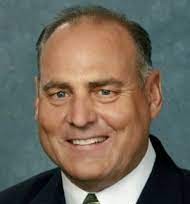 The former Genesee County Clerk, convicted of performing a marriage ceremony outside his jurisdiction in 2019, was sentenced on Monday.

John Gleason was sentenced to a year of probation and must pay a 100 dollar fine. Gleason had also been charged with attempting to intimidate an employee to create and backdate a marriage affidavit and license for a marriage he officiated in Shiawassee County, but those charges were dropped.

Gleason resigned as county clerk after his arrest in April. The position remains unfilled.