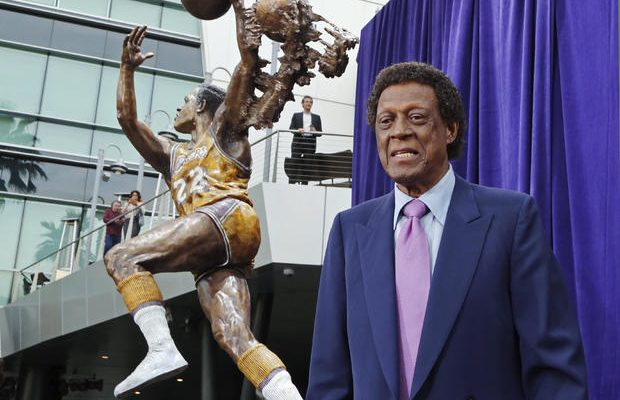 Elgin Baylor, the Los Angeles Lakers legend, Hall of Famer and 11-time NBA All-Star, has died of natural causes, the Lakers said Monday. He was 86. Baylor’s wife, Elaine, and daughter, Krystal, were at his side when he died, the NBA said.

“Elgin was the superstar of his era — his many accolades speak to that,” Lakers owner Jeanie Buss said in a statement to the NBA. “But more importantly he was a man of great integrity, even serving his country as a U.S. Army reservist, often playing for the Lakers only during his weekend pass.”

Baylor was one of the few players whose career with the Lakers started in Minneapolis where the team had originated to where it ended up in Southern California. The Lakers said his jersey was retired in the Staples Center rafters and a bronze statue of him stands outside the Staples Center after it was unveiled in 2018, CBS LA said.

Baylor was born on September 16, 1934, in Washington D.C., the Lakers said. He played one season at the College of Idaho before transferring to Seattle University and led the team to their first NCAA championship game. He was drafted first overall by the Minneapolis Lakers in 1958, going on to average 24.9 points, 15 rebounds and 4.1 assists a game and becoming Rookie of the Year, according to the Lakers’ statement.

After playing 14 seasons with the Lakers, he retired from basketball in 1971 and went on to serve as coach for the New Orleans Jazz and vice president of basketball operations for the Los Angeles Clippers, according to the NBA.

Tributes started pouring in for Baylor, including one from Lakers great Magic Johnson, who called him a “true class act and great man.”

“Before there was Michael Jordan doing amazing things in the air, there was Elgin Baylor!” Johnson tweeted. “… I’ll always appreciate the advice he shared with me when I first came into the league.”