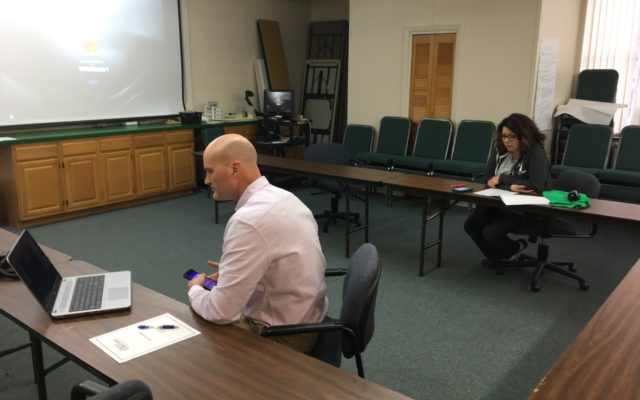 Bay City school district Superintendent Stephen Bigelow and board trustee Veronica Papajesk sit in the board meeting room as they converse with other board members assembled through the Zoom computer hook up. Photo by WSGW's John Hall for Alpha Media.

A proposed Bay City school district bond election originally scheduled for May 5  has now been pushed back to August 4 after a unanimous school board vote March 19. Trustees moved the date in hopes of having a better chance to get voters to the polls with the big “if” being whether or not COVID-19 can be neutralized by then.

Superintendent Stephen Bigelow estimates the initiative would raise around $28,500,000 for infrastructure and technology upgrades while replacing existing bonds, meaning no tax  increase for district residents.

Board members met online, as allowed under a recent gubernatorial executive order to maintain social distancing.