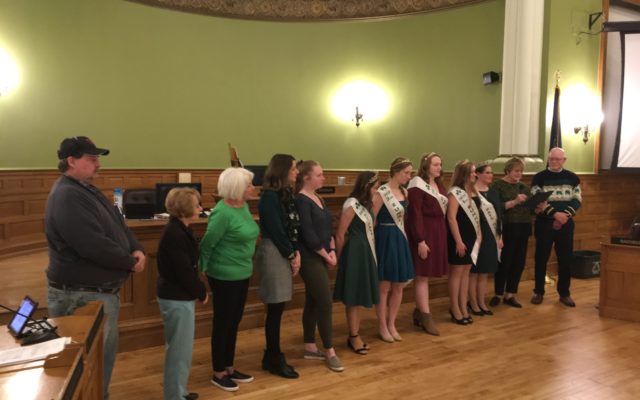 Bay City Saint Patrick's Day Parade organizers along with the Queen and her court are recognized during the March 2nd Bay City Commission meeting. The event has now been postponed. Photo by WSGW's John Hall for Alpha Media.

Parade Treasurer Jan Rau is urging people to dress in layers that can be added to or removed depending on the temperature changes.

Rau is also encouraging people to keep the parade route clean, to be patient coming and going from the event and to keep safety top of mind.

Rau spoke after parade organizers including the Queen and her court received the annual proclamation presented by Mayor Kathleen Newsham and adopted by City Commissioners.