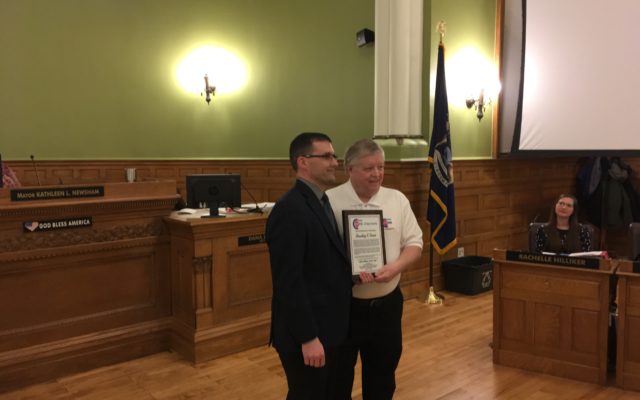 Lewis who’s spent nearly 22-years on the force says his investigations could range from a homicide to sexual assault to vandalism depending on the day. Lewis spoke after receiving the award during the City Commission meeting.

Commissioners also approved a series of ordinance amendments covering solid waste. Look for limits on putting out large scale items like couches and mattresses although regular trash and recycling collections will remain mostly the same. The city will make more information available on its web site and in conjunction with utility billings.