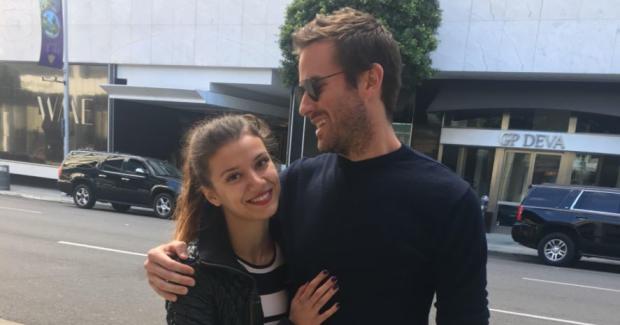 Armie Hammer was accused on Thursday of violently sexually assaulting a woman for more than four hours in Los Angeles in 2017, leading her to believe that “he was going to kill me.” An attorney for Hammer has denied the allegations.

The allegations against the 34-year-old actor, known for his roles in “Call Me By Your Name,” and “The Social Network,” surfaced during a video press conference held by his accuser, identified only as “Effie,” and her attorney, Gloria Allred.

The woman, who cried throughout her statement, said she met Hammer on Facebook in 2016 when she was 20 years old, and “fell in love with him instantly. The relationship progressed rapidly and the emotions from both sides became really intense.” Hammer was married during the time of the alleged relationship, but he and his wife announced last year that they were filing for divorce.

Allred said Effie had an on and off “romantic and intimate relationship” with Hammer between 2016 to 2020. During that time, Effie said Hammer was “employing manipulation tactics in order to exert control over me, until I started to lose myself.”

“He would often test my devotion to him, slyly removing and crossing my boundaries, as he became increasingly more violent,” she added. “He abused me mentally, emotionally and sexually.”

On April 24, 2017, she claimed Hammer violently raped her for more than four hours in Los Angeles. She accused him of repeatedly slamming her head against the wall, and committing “other acts of violence” to which she did not consent — including allegedly beating her feet with a crop.

“During those four hours, I tried to get away but he wouldn’t let me,” she said. “I thought that he was going to kill me.”

The allegations come at a difficult time for Hammer, who stepped away from two major projects earlier this year after multiple women claimed on social media that the actor shared violent sexual fantasies with them. Hammer has denied the claims, which CBS News has not confirmed, calling them “bulls***” in a statement to E! Online.

The Los Angeles Police Department confirmed to CBS News that it has launched a sexual assault investigation into Hammer over allegations of assault based on a report they received on February 3, 2021, but the department did not confirm the report had been filed by Effie. Allred said Effie has given information to police, but declined to comment on if Effie filed a police report at the time of the alleged assault.

An attorney for Hammer denied the claims, telling CBS News in a statement that “Mr. Hammer has maintained that all of his interactions with [Effie] — and every other sexual partner of his for that matter — have been completely consensual, discussed and agreed upon in advance, and mutually participatory.”

The attorney also released a screenshot of what he said was a text conversation between Hammer and Effie, in which Hammer appeared to decline Effie’s graphic request for sex. The attorney told CBS News that Effie’s “own correspondence with Mr. Hammer undermines and refutes her outrageous allegations.” CBS News has not confirmed the authenticity of the messages.

In response to the attorney’s comment, Allred called on Hammer to “to present all, not some, of his communications with Effie to the Los Angeles Police Department and answer all of their questions directly rather than through his lawyers.”

“Even if a partner consents to some sexual acts, that does not mean that there is consent to any and all sexual conduct with her. It should also not be interpreted as consent to sexual abuse or criminal violence against her,” Allred said during the press conference.

Allred said Effie has provided evidence supporting her claims to law enforcement, adding “it is for law enforcement and the prosecutor to decide if there is sufficient evidence to pursue it.”

“We do think it is important that an investigation of these serious allegations is conducted,” Allred said. “We look forward to learning if Mr. Hammer, rather than his representatives, will be willing to assist investigators in their search for the truth.”