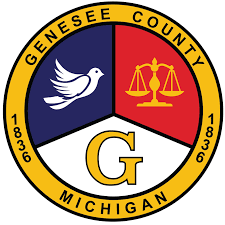 Farah came under fire earlier this year after he was accused of sexual misconduct by a former intern and MSU law student, prompting Farah to resign effective November 9. However, Farah was unopposed on the Genesee County ballot for 7th Circuit Court, and so Whitmer has appointed assistant prosecuting attorney Khary Hanible to the bench. Hanible previously worked in the sexual assault kit initiative unit for the County Prosecutor’s Office. He was also a lawyer with the Kerger Law Firm in Michigan and Ohio.

Genesee County also has a new county clerk. Judges from the circuit court appointed Board of Commissioners chair Domonique Clemons to the position Tuesday. Clemons graduated from Michigan State University and has a master’s degree from George Washington University. Clemons is also the director of government affairs for the Flint and Genesee Group. He will need to resign his position on the Board of Commissioners.

Clemons appointment comes after the former clerk, John Gleason, resigned after pleading guilty to performing a marriage ceremony outside his jurisdiction.