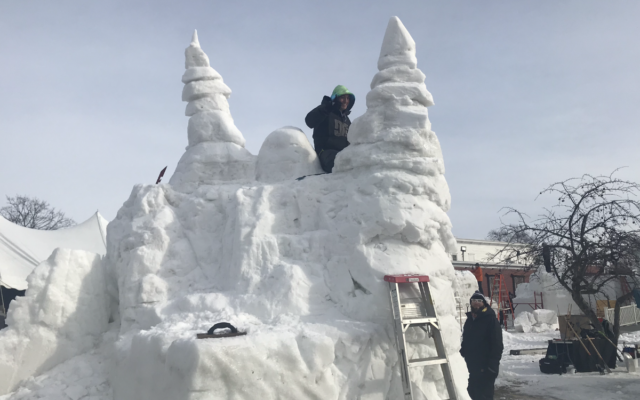 Zehnder’s Snowfest is celebrating its 29th year of welcoming artists who work with a different medium.

Snow and Ice carvers showcased over the course of the next several days have already been working on their art and hope temperatures will leave them up for viewers through the end of Snowfest next Monday.

The event draws thousands to the Frankenmuth area, with some participants coming from as far away as Milwaukee, a major positive for local businesses.

Alex Morse, owner of The Stadium, a Game store in Frankenmuth’s River Place Shops, says the foot traffic increases immensely during Snowfest which helps in a normally slow month for sales.

In addition to ongoing events, event organizer John Shelton from Zehnders, says the snow-sculpting competition has drawn in dozens of participants- with more than 65 carvable blocks of snow being brought in, and the Jurassic Themed Ice Sculptures expected to use more than 85 blocks of ice .

Finished ice and snow creations will be unveiled on Friday, with additional cooking competitions and live musical performances spread throughout the weekend.