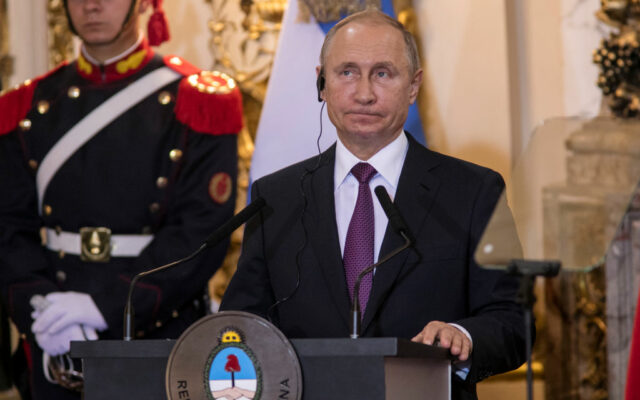 In response to concerns Russian President Vladimir Putin may direct an invasion of Ukraine, President Biden is considering the deployment of U.S. troops to NATO allies in that region, saying the United States has an obligation to help defend NATO countries. Troops would not deploy in Ukraine since they are not a member of NATO, though President Biden says we
have great concern about what happens there.

Biden Administration officials say the goal is to show unity and strength within NATO and deter Russian aggression against allies in the region.

Russia has denied planning to invade Ukriane and has blamed the West for stoking tensions.

POLL QUESTION: Would you support troops being sent to NATO allies in the Ukraine region to help defend against any Russian aggression?
Yes – 27%
No – 64%
I’m Not Sure – 9%