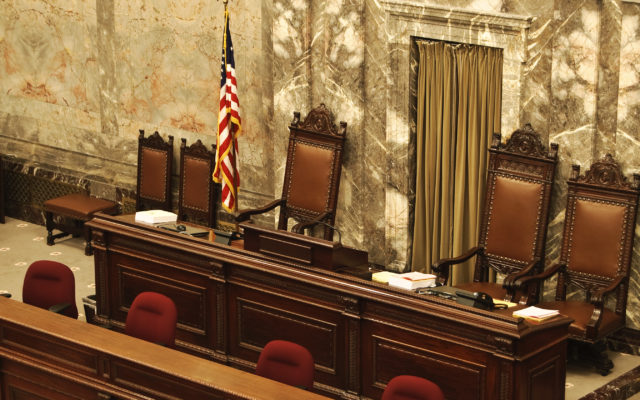 Front seats of the Washington State Senate or House of Representative chamber, reserved for the Speaker of the House/Senate President and clerks. Location: Olympia, Washington.

Because former President Trump’s name has been mentioned as a possibility, a little-known nuance of the Constitution is getting attention, that is: the House of Representatives can name whomever they want to serve as speaker, it does not have to be an elected member of the house.

This has never happened, but concerned Democrats have introduced legislation to only allow a currently elected House member to be the speaker, indicating it is specifically to stop President Trump from becoming Speaker Trump, though it would apply to anyone.

POLL QUESTION: Who should be eligible to be Speaker of the House?
Only an elected member –  43%
Anyone the House chooses to nominate –  54%
I’m Not Sure –  3%