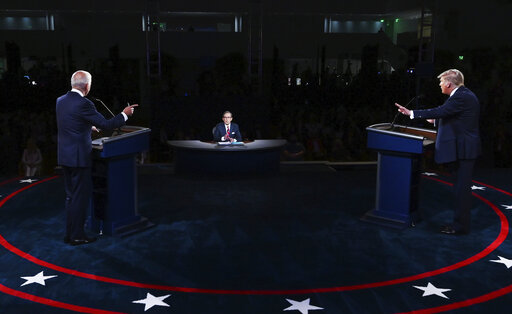 The first Presidential Debate is done. There are two more left.

Who won? Who lost? Who said what? Who didn’t say what? News reports, analysis, opinion are all part of the debate coverage.

Did you watch? Did you listen to the coverage on WSGW?

Are you paying attention? There will even be a Vice-Presidential Debate, too.

POLL QUESTION: Will the Presidential Debates matter to you when you cast your vote for president?
Yes, the debates will help me decide my vote –  4%
No, the debates don’t matter to me as I already know how I will cast my vote –  96%