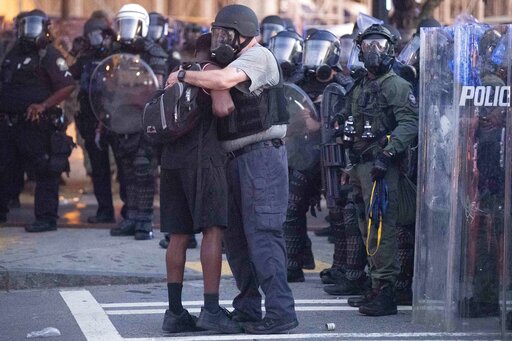 A police officer embraces a protester who helped disperse a crowd of people during a demonstration Monday, June 1, 2020, in Atlanta over the death of George Floyd, who died after being restrained by Minneapolis police officers on May 25. (AP Photo/John Bazemore)

The death of George Floyd has once again advanced racial tensions in America.

While the main target has been law enforcement, many aspects of racial relationships have been brought back into focus.

The country is experiencing everything from peaceful protests to violent attacks.