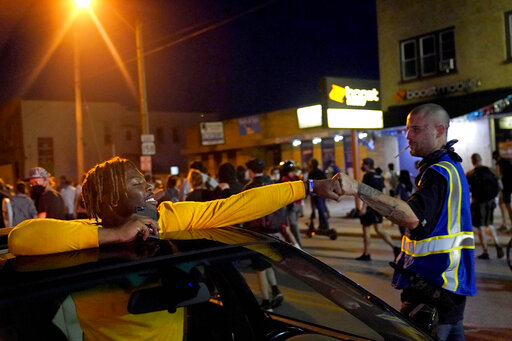 A motorist fist-bumps a protester marching by to demonstrate against the Sunday police shooting of Jacob Blake in Kenosha, Wis., Wednesday, Aug. 26, 2020. (AP Photo/David Goldman)

A New WSGW OnLine Poll for YOU…..

Very Strange (and dangerous) in the Sky over LAX this Past Sunday…..

Airline pilots landing at Los Angeles International Airport (LAX) on Sunday, August 30th, reported seeing “a guy in a jetpack” flying about 300 yards off their wing while on final approach to the bustling airport.   The airliners were descending through 3,000 feet when jetpack guy showed up next to them.

Fox 11 broke the story and has the air traffic control audio clips which you can listen to here. The exchanges went like this according to their report:

Skywest Flight: “We just saw the guy passing by us in the jetpack.”

Then the tower alerted an incoming Jet Blue flight to the reported hazard:

Another pilot chimed in: “Only in LA.”

Deadline to Enter is September 7