Charlie and Dave and Pat and Art and YOU:     John Legend plans to rework the song “Baby, It’s Cold Outside” due to the ongoing “controversy” over the lyrics, but Charlie says John is late to the party because The WSGW Morning Team Show did this two years ago, and here is the proof (runs 4:38)…..

Charlie and Dave and Pat and Art and YOU:     The Washington Post headline mistake in the aftermath of the death of Abu Bakr al-Baghdadi becomes social media fodder (runs 3:06)…..

Happy Halloween!   You can win tickets this week from the WSGW Morning Team Show! 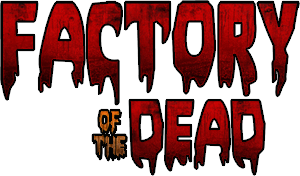 How much was this painting worth at auction?!?!    And it was simply hanging in a kitchen!?!?

Here’s a fun Halloween story that goes along with the WSGW Morning Team Show “Wake Up Song” below…..

On Saturday night, about 2,500 revelers – many in costumes – flocked to the castle, where they were entertained by 130 actors.

While the castle’s name reminds some of English novelist Mary Shelley’s 19th-century book about the man who creates a monster, historians are skeptical that it actually inspired the author.

The House of Frankenstein is believed to have first built a castle at the site in the mid-13th century.

Wake Up Song of the Day:    It’s our “Halloween Week” of songs, and today, Edgar Winter “Frankenstein”.