After the 6:30 news, Charlie and Dave and Pat had followup to the Kentucky Derby regarding the appeal by the owners of Maximum Security, and how the TV ratings played out (runs 3:32)…..

After the 8:30 news, Charlie, Dave, Pat, and Art focused on a story from the Detroit Free Press concerning weight limits on Michigan roads and potential damage, and how it all comes together in a giant discussion over what to do about the roads (runs 9:01)…..

Play along this week on Your WSGW Morning Team Show…

As part of the contest, Charlie talks about discovering something about the TV theme used for the contest he never knew, or Pat, too (runs 1:46)…..

With the name “Stiff”, you expect a story like this…..

PHILADELPHIA (AP) — The worst toll evader in Pennsylvania is being ordered to pay up.

The Philadelphia Inquirer reports that Jarrett Stiff didn’t pay for trips on the Pennsylvania Turnpike 2,264 times from 2012 to 2017, more than anyone else in the state.   The 36-year-old from suburban Philadelphia racked up nearly $128,000 in unpaid tolls and subsequent fines.

In a deal with prosecutors, he pleaded guilty in April to theft of services, was ordered to pay over $11,500 and was sentenced to five years’ probation.

No attorney to speak for him is listed in online court documents.

Stiff’s case and two others resolved in suburban Philadelphia this week are the latest examples of the Turnpike Commission’s aggressive new approach to toll evaders.

The commission began pursuing felony charges against toll scofflaws who owed $2,000 or more in an effort to recoup hefty losses from unpaid tolls.

When police asked the woman if she had anything else….. 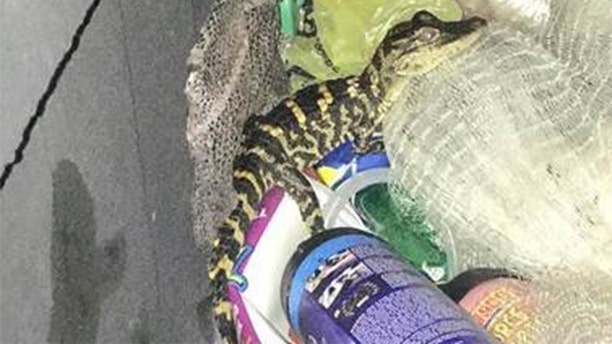