It’s the Final Weekend in March WSGW Friday Morning Team Show with Charlie and Dave and Pat and YOU…..

You Still Have Time to Get In for Your Chance to win the $1000 Certificate!   But Hurry…..

Entry Deadline is this Sunday, March 31!   Winner will be drawn on Monday, April 1!

After the 6:30 news, Charlie and Dave and Pat had fun with the highlights from the Tigers Opening Day Win, the Spirit OT Playoff Win, and the Michigan, well we didn’t have fun with the Wolverines (runs 9:37)…..

A Brand New ROCKETGRAB Launch for YOU….. 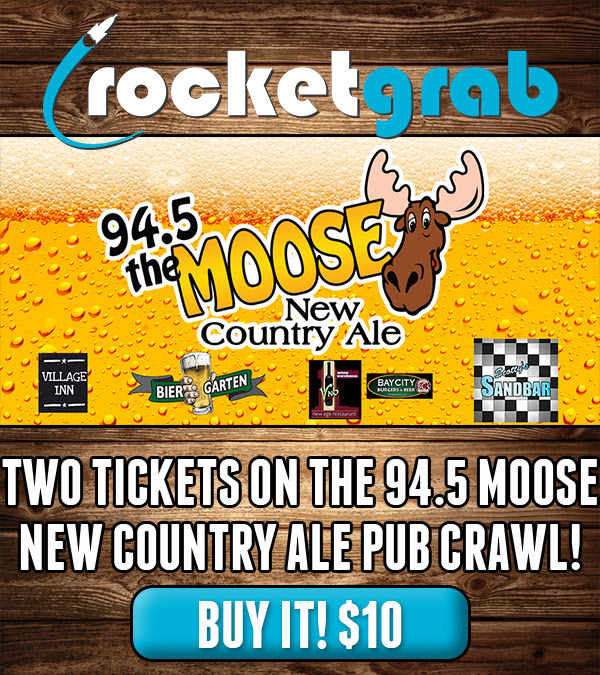 Charlie and Dave and Pat and the latest strange twists and turns in the Jussie Smollett case (runs 4:25)…..

Weekend Events and Activities and the list of Fish Fry opportunities (runs 6:12)…..

Robert Cornegy Jr., a 6-foot-10 (208 centimeter) councilman from Brooklyn, was certified by Guinness World Records in January and honored for the distinction this week at a City Hall ceremony.

But North Dakota’s insurance commissioner, Jon Godfread, quickly stepped forward to say he will contest the title.   Godfread, who played basketball at the University of Northern Iowa and played professionally in Germany, says he’s 6-11 3/4 (212 centimeters).

Brad Sellers, a former Ohio State and Chicago Bulls star listed at 7 feet (213 centimeters), also says he has a claim. Sellers is the mayor of Warrensville Heights, Ohio.

It’s a Rap/Hip Hop Song that is not a country song, according to Billboard…..

NASHVILLE (AP) – Rapper Lil Nas X managed to get the same song on the Billboard Hot 100 chart, the rap/hip hop chart AND the country chart — but then Billboard magazine decided it wasn’t country enough.   His song “Old Town Road” was a viral hit that got online shout-outs from Justin Bieber, Meghan Linsey and Jake Owen.   It’s got a trap beat, a Nine Inch Nails banjo sample, and references to cowboys and the video game “Red Dead Redemption 2.”

Lil Nas X tweets that while the song has funny lines, it’s not a parody and he put effort into that song.