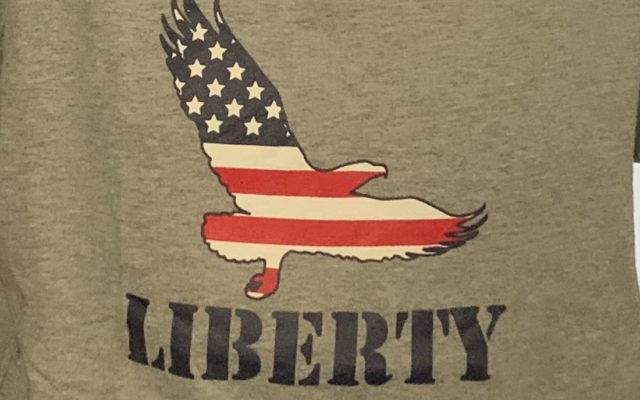 It’s the WSGW Monday Morning Team Show with Charlie and Dave and Pat and YOU:

As we head toward Independence Day on Saturday, Charlie Rood dons the patriotic shirts each day, and today, it’s a shirt from his late father what he wears proudly…..

Charlie and Dave and Pat and You:     Charlie’s screen repair project becomes more than just screen repair, and Pat hopes he’s done mowing the lawn for a while (runs 9:20)…..

Charlie and Dave and Pat and YOU:     An update from last week on the news of how the legislature has input regarding the new commission being formed to handle drawing new legislative districts (runs 7:50)…..

A 10-Year-Old Boy sets a Guinness World Record for Math…..

June 26 (UPI) — A 10-year-old elementary school student in England set a Guinness World Record for solving multiplication and division problems in one minute.

Nadub Gill, 10, a student at Longmoor Primary School in Long Eaton, England, spent some of his COVID-19 lockdown time practicing math on the Times Table Rock Stars app, and he ended up using the educational platform to set a Guinness World Record.

Gill answered 196 multiplication and division questions in one minute, averaging out to more than three answers per second, beating about 700 other young students who attempted the new record created by Guinness in partnership with the app.

The boy was issued an official certificate for the highest score achieved on Times Tables Rock Stars in one minute.

FROM YAHOO SPORTS in May by Cassandra Negley

Stripchat, an adult website company, announced in an email to Yahoo Sports a $15 million bid Thursday for naming rights to the Mercedes-Benz Superdome, home of the New Orleans Saints. It comes after the team said Mercedes-Benz won’t renew its contract with the team.

The company wants to name the place “Stripchat Superdome” and make it the “home of the future Super Bowl champion” Saints, communications director Max Bennett said in a statement.

The company wrote in an offer sheet:

“In our opinion, New Orleans is the party capital of the United States. It’s always been synonymous with nightlife and entertainment. It comes alive at night, with people wandering the neon-hued promenade of one the most famous nightlife strips in the world – Bourbon Street.”

“I’d like to think that we here at Stripchat embody some of New Orleans’ character and flair. As one of the world’s leading adult webcam sites that averages over 60 million visitors per month, we know a thing or two about having a good time. We have been looking into penetrating the sports world and think this is a wonderful opportunity to do so by announcing a bid of up to $15,000,000 for the naming rights to the Superdome.”

Veteran Saints quarterback Drew Brees and team owner Gayle Benson are both very religious. Benson is a devout Catholic who has given millions of dollars to the Catholic church and its causes. The team’s PR officials assisted the local Roman Catholic archdiocese in dealing with a clergy sex abuse scandal.

The Saints announced earlier this week the German car company would not renew its deal on the Superdome. It won the naming rights in October 2011 and the deal expires July 2021.

Mercedes-Benz said it will honor the rest of its contract, but understands the Saints need to start looking at options. For the past three years, the team has shared a stadium name with their NFC South rival, the Atlanta Falcons. The public relations department referenced the separate contract deals in an email to the Associated Press, saying they were the right opportunities at the time for the company.

Wake Up Song of the Day:     We start Marching to Independence Day on Saturday with John Philip Sousa and the Washington Post March