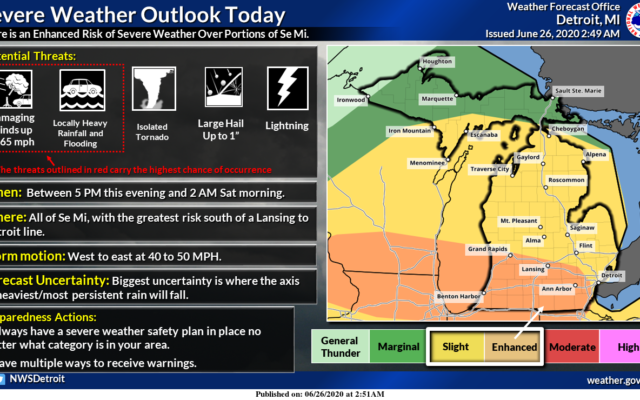 Charlie and Dave and Pat and YOU:     Charlie wishes things were more black and white/up and down/in and out, but it never seems to be, and a couple examples of that came up this morning (runs 8:28)…..

Charlie and Dave and Pat and YOU:     An update on a story from earlier this week involving RoundUp and a ruling by a judge and now settlements by the company (runs 7:35)…..

Charlie and Dave and Pat and Art and YOU:     The story of a plant producing fruit that, according to most, has the most horrible smell, but tastes great (runs 3:58)…..

June 24 (UPI) — An Australian man said he screamed so loud upon learning he had won a lottery jackpot of over $500,000 that his neighbors showed up to make sure he wasn’t injured.

The Lutwyche, Queensland, man told The Lott officials he had been talking to a friend about the winning numbers from Saturday’s Lotto $20 Million Superdraw when he noticed the numbers sounded a little familiar.

The man said he called his son to check the numbers on his ticket to see if they matched the winning digits.

“He said to me ‘no way, I think you’ve won division one,'” the man recalled of his conversation with his son. “I didn’t believe him, so I checked all of the numbers again and sure enough, he was right.”

The winner said the news made him so excited he screamed with joy.

“I was screaming so much that the neighbors came over because they thought something was wrong,” he said.

The winner said he plans to use some of his winnings to buy a home.

“I am so sick of renting, so I think I am going to buy myself a little home,” he said. “I am going to put some drinks on for all my mates and do some celebrating, too.”