A slick, icy vehicular and pedestrian WSGW Wednesday Morning Team Show with Charlie and Dave and Pat and YOU…..

It’s a second straight day of very slippery roads and parking lots and walkways.   Road crews have applied treatments on some main routes, but secondary, side roads, and neighborhood streets are still hazardous.   Numerous schools are closed and the list is available here.

After the 6:30 news, Charlie couldn’t pass up the opportunity to review a slideshow with Dave and Pat titled “19 Things You Can Do in Under 10 Minutes to Live Longer” (runs 9:03)…..

One-time Detroit Lion running back, Reggie Bush, slams President Trump on the fast food served to Clemson during a White House visit.   However, thanks to social media, Reggie goes from “slammer” to “slammee”.

Former NFL running back and college star Reggie Bush called President Donald Trump’s gesture of serving the national champion Clemson Tigers fast food during their White House visit on Monday “disrespectful on so many levels” and a “huge slap in the face.”

Trump provided the Clemson players and staff a buffet that included Wendy’s, Burger King, and McDonald’s during their championship celebration at the White House and tweeted that they were “great players and big eaters.”

The Tigers beat Alabama last week for their second title in three years.

Bush tweeted Tuesday morning: “Just when you think you’ve seen it all, @ClemsonFB you guys deserve better you are world champs and this is the honor you receive from our nations leader!? This is disrespectful on so many levels, just a huge slap in the face after that kind of performance! SMH!”

HOWEVER, many in social media pointed out, and USA Today included in its story:

Bush won the 2005 Heisman Trophy as a standout running back for Southern California, but later forfeited the award due to allegations that he received improper benefits. Those allegations eventually led USC to be dealt a two-year-postseason ban by the NCAA and the program’s national championship in 2004 being vacated.

That’s disrespecting yourself, your teammates, and your university!

How much would you spend to keep a couple of cats?

One report says $1500 a month was a good deal because an average studio apartment in San Jose rents for $1,951 a month! 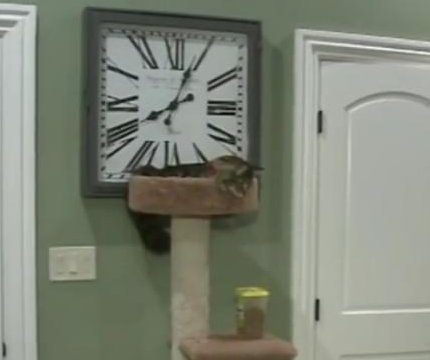 Wake Up Song of the Day:    Carol Channing “Hello Dolly“.   This legendary lady passed away yesterday at age 97.