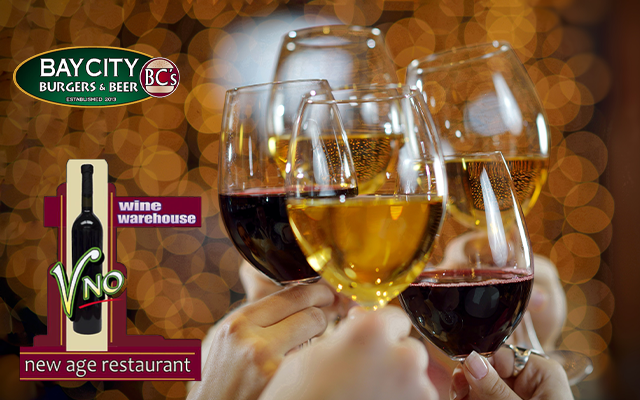 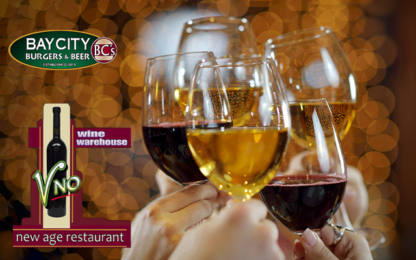 Charlie and Dave and Pat and YOU:     Is it possible we may have a way for you to always feel good and be happy when watching the Lions play, no matter how bad the game might be?!?!  (runs 4:40)…..

Charlie and Dave and Pat and YOU:     It appears a new law is on the way in Michigan to ban drivers under 18 from using a mobile device, unless in an emergency.   (runs 6:07)…..

WINTER STORM WATCH REMAINS IN EFFECT FROM LATE FRIDAY NIGHT THROUGH SUNDAY MORNING: Heavy mixed precipitation possible. Total snow accumulations of up to two inches and ice accumulations of three tenths to one half of an inch possible. Winds could gust as high as 45 mph.
— Bay, Midland

WINTER STORM WATCH REMAINS IN EFFECT FROM LATE FRIDAY THROUGH SUNDAY MORNING: Freezing rain producing ice accumulations around half an inch possible. Sleet and snow may mix in at times, mainly north of I-69, but just light accumulations if at all. Winds could gust as high as 40 mph, which may further increase later Sunday morning.
Temperatures are expected to fall below freezing early Saturday morning. There remains uncertainty where the line of freezing temperatures and therefore freezing rain will advance through the day Saturday, which will dictate which areas see the highest ice accumulations. Areas that do receive freezing rain will likely see accumulations that will lead to treacherous travel and the potential for extended power outages.
— Genesee, Huron, Lapeer, Livingston, Oakland, Saginaw, Sanilac, Shiawassee, Tuscola

WINTER STORM WARNING IN EFFECT FROM 10 PM FRIDAY EVENING TO 10 AM SUNDAY: Heavy mixed precipitation expected. Total snow and sleet accumulations of 3 to 10 inches and ice accumulations of one tenth to three tenths of an inch are expected. Northeast winds will gust as high as 40 mph. The heaviest snow is expected north and west of a line from Whitehall to Clare, with mostly sleet and freezing rain southeast of that line.
— Clare, Isabella, Lake, Mason, Mecosta, Muskegon, Newaygo, Oceana, Osceola

WINTER STORM WARNING IN EFFECT FROM 1 AM SATURDAY TO 10 AM SUNDAY: Heavy mixed precipitation expected. Total snow and sleet accumulations of up to 3 inches and ice accumulations of one quarter to three quarters of an inch are expected. Northeast winds will gust as high as 45 mph.
— Allegan, Barry, Clinton, Eaton, Gratiot, Ingham, Ionia, Kent, Montcalm, Ottawa

WINTER STORM WARNING IN EFFECT FROM 7 AM SATURDAY TO 10 SUNDAY: Heavy mixed precipitation expected. Total sleet accumulations of up to one inch and ice accumulations of one quarter to one half of an inch are expected. Northeast winds may gust as high as 40 mph.
— Calhoun, Jackson, Kalamazoo, Van Buren

ALSO FOR THE UPPER PENINSULA
A developing winter storm system approaching from the mid-Mississippi Valley will bring the potential for moderate to possibly heavy snow mainly for central and eastern Upper Michigan Saturday night into early Sunday. The expected snow with this system should be much lighter and fluffier than the dense, high water content snow we have experienced with previous storm systems this season. This fluffier snow should make removal somewhat easier behind the storm and lessen potential impacts on trees and power lines. Accompanying the potential snow will also be gusty northeast winds. These strong northeast winds will have the potential to gust as high as 35 to 40 mph near the Lake Superior shoreline and along the Bay of Green Bay in southern Menominee County. These stronger winds may cause considerable blowing and drifting snow
and sharply reduced visibility at times. The strong northeast winds could also cause minor lakeshore flooding and beach erosion late Saturday into early Sunday for locations along Lake Superior from Marquette through Keweenaw Bay, and also along the Bay of Green Bay from Cedar River to Menominee. Those planning travel or recreational activities in Upper Michigan later this weekend, need to stay tuned to the latest forecasts and updated statements on this potential winter storm.
— Alger, Baraga, Delta, Dickinson, Gogebic, Houghton, Iron, Keweenaw, Luce, Marquette, Menominee, Northern Schoolcraft, Ontonagon, Southern Houghton, Southern Schoolcraft

Prince to be highlighted in upcoming TV Special…..

LOS ANGELES (AP) – An eclectic group of performers will celebrate the music of Prince for an upcoming TV special. Beck, Alicia Keys, Juanes (WAH’-nes), Mavis Staples and the Foo Fighters are among the acts who have signed on for a Prince
tribute concert that will take place in Los Angeles on January 28.   Others involved in the concert include Common, John Legend, Gary Clark Jr., H.E.R. (HER), Chris Martin of Coldplay, St. Vincent, Usher, and Earth, Wind and Fire.   Former Prince
collaborators The Revolution, Morris Day and the Time and Sheila E. also will perform.

It will air on CBS in the coming months as “Let’s Go Crazy: The Grammy Salute to Prince.”