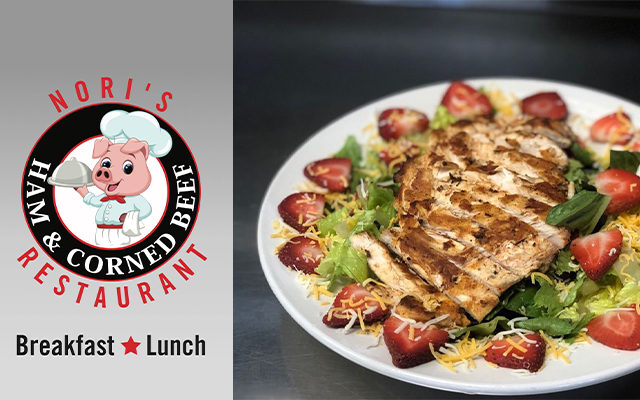 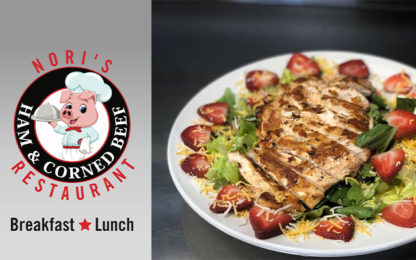 $20 Gift Certificate to Nori’s Restaurant in Saginaw ONLY for only $10!

Charlie and Dave and Pat and YOU:     Charlie thinks the president of Mexico is on the right track trying to eliminate three-day holiday weekends, but could that finally happen in the United States (runs 6:26)…..

Charlie and Dave and Pat and YOU:     The Academy Awards are this Sunday and Your Morning Team Show predicts the winners (runs 6:04)…..

A Legendary Rock ‘N Roller to be Showcased in a PBS Special…..

The special “Chuck Berry: Brown Eyed Handsome Man” will feature The Beatles performing “Roll Over Beethoven” at their first American concert in Washington in 1964 and The Rolling Stones performing “Around and Around” in the U.K., also in 1964.

Other renditions of Berry songs are performed by Jimi Hendrix, Linda Ronstadt, Bruce Springsteen, Electric Light Orchestra and Tom Petty and the Heartbreakers.   Berry himself is sometimes featured in the performances.

The special begins airing on PBS stations on Feb. 29.

“Lefty” says no to any special exemption…..

PEBBLE BEACH, California (AP) – Phil Mickelson says he won’t accept a special exemption to the U.S. Open if he needs one.   Mickelson says if he’s not exempt, he will go through qualifying.

The USGA often awards special exemptions to the game’s best players.   Mickelson is Number 72 in the world and can still get in if he’s in the top 60 on either May 18 or June 15.

The U.S. Open is at Winged Foot in Mamaroneck, New York, this year.   That’s where Mickelson had one of his record six runner-up finishes.   He had a one-shot lead until a double bogey on the last hole.

Wake Up Song of the Day:     Rick Astley “Never Going to Give You Up” (piano version).   Rick is 54 today.   This is a version of his hit song released from his new album last year “Best of Me”.   The album features Rick reworking some of his original tracks, plus other artists.