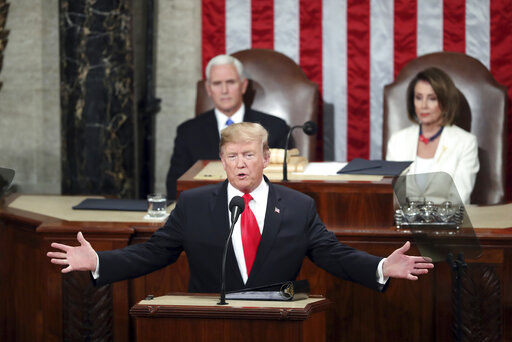 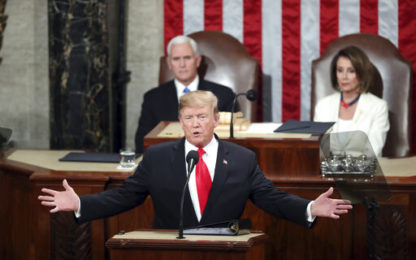 Tonight, President Trump delivers his State of the Union address

Live Coverage at 9pm on 790 NewsRadio WSGW and Online:   WSGW.COM

Charlie and Dave and Pat and Art and YOU:     Rush Limbaugh announces diagnosis of lung cancer (runs 4:57)…..

Charlie and Dave and Pat and Art and YOU:     The Super Bowl spot with Bill Murray and Jeep almost did not get produced, and the odds are out for next Super Bowl LV and the Lions…..   (runs 4:52)

Talk about too much junk mail!   Well, it’s actually not junk, but it’s too much…..

An Ohio man says he had to make two trips to a post office to pick up bins containing 55,000 duplicate billing statements sent from a student loan company.

WOIO-TV reports Dan Cain said he was suspicious when he was informed by a post office in Twinsburg, Ohio, that he wouldn’t be able to get his mail through its front door.   That’s when Cain discovered 79 plastic bins of mail from College Ave Student Loans awaited him.

The company in Wilmington, Delaware, said Monday that it apologizes for the error in its mailing system and is working with Cain on a
remedy.

UPDATE ON A STORY FROM THE WSGW MORNING TEAM SHOW…..

Do you remember this story we had for you recently?

Jan. 23 (UPI) — A Florida brewery is finding homes for local shelter dogs by putting photos of adoptable canines on cans of beer.

Motorworks Brewing teamed with Manatee County Animal Services to put photos of dogs from the shelter on cans of Cruiser golden lager.

The brewery said proceeds from sales of lager 4-packs are being donated to Manatee County Animal Services to help build a new shelter.

MCAS officials said they are currently at nearly twice the capacity of their current shelter.

“It has been a constant problem, being the county’s only open-admission shelter, we take in nearly 15-20 animals every day,” Hans Wohlgefahrt, the shelter’s outreach and event specialist, told WFTS-TV.

Wohlgefahrt said two of the dogs featured on the cans have already been adopted, but two others are still awaiting homes along with dozens of other dogs.

The update is this story on a dog found because of the beer cans.   A dog from Minnesota found in Florida after three years missing!

Look who has a new album release for the first time in 29 years…..

UNDATED (AP) – The Psychedelic Furs will release their first album in 29 years.

The band says on social media it will release “Made of Rain” on May 1.   The first single is available now and called “Don’t Believe.”

The Psychedelic Furs have scheduled a concert for May 14 in London, but they have not made any announcement on U.S. dates.

Wake Up Song of the Day:     Carly Patterson “Here I Am“.   The Olympic Gymnast turned Singer is 32 today.