Tuesday Time on the WSGW Morning Team Show with Charlie and Dave and Pat and YOU…..

Church or Golf?   How about both? 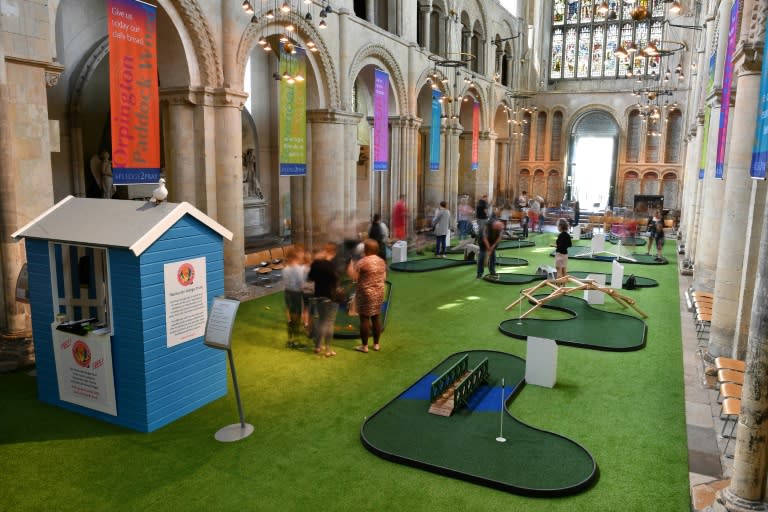 BERLIN (AP) – A fugitive in Germany has been nabbed thanks to the help of angry wasps.
Oldenburg police said the unusual sting operation took place Monday after officers tried to arrest a 32-year-old man to serve an outstanding 11-month custodial sentence.   The suspect, whose name wasn’t released, fled from police and jumped from a balcony straight into a wasps’ nest.   The irate insects attacked the man, prompting him to run onto the street.
Officers tried to apprehend him there, only to be attacked by wasps themselves.   The suspect managed to break free but with wasps in hot pursuit chose to jump into an inflatable pool, where he was arrested.

A group of compassionate friends have offered a Matching Challenge gift of $32,000!

This will provide emergency food, shelter and life-changing help for Mid-Michigan’s neediest men, women and children this summer.

With Your support, an additional 2,100 nights of safe emergency shelter to homeless men, women and children in our area will be provided.