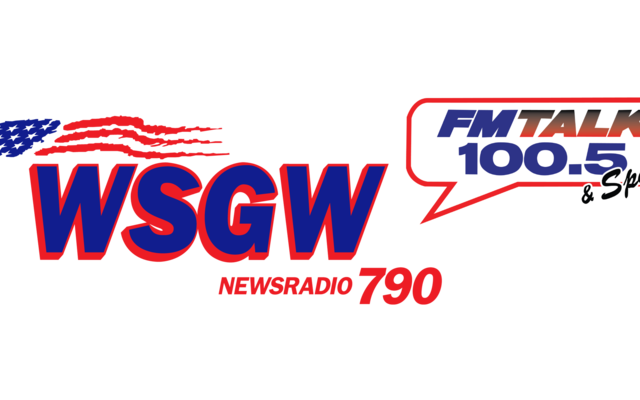 After the 6:30 news, Charlie and Dave and Pat are surprised and not surprised by a couple of sports stories, one involving the Detroit Red Wings and the other involving the AAF (runs 7:51)…..

A Brand New Poll for YOU…..

A legendary group to do something in concert for the first time ever…..

LAS VEGAS (AP) – The Eagles will perform their 1976 “Hotel California” album in its entirety in concert for the first time.   Live Nation says it will take place on Sept. 27 and 28 at MGM Grand Garden Arena in Las Vegas.   Tickets will go on sale through Ticketmaster on April 12.

Don Henley, Joe Walsh and Timothy B. Schmit will be joined by Deacon Frey and Vince Gill for what will be the group’s only North American performances of 2019.   Founding member Glenn Frey, Deacon’s father, died in 2016.

“Hotel California” is the third best-selling U.S. album in history, and the title song and “New Kid in Town” won Grammys.   The Eagles have won six Grammy Awards and were inducted into the Rock and Roll Hall of Fame
in 1998.

It happened Monday on April Fools’ Day, but it was no joke…..

(Reuters) – An April Fools’ Day resignation prank?   One Texas civil court judge wishes it were so.

A newly elected judge in Houston accidentally resigned on Monday, according to local media and a county official, after he shared plans online to run for the state supreme court, apparently unaware that the Texas constitution considers such an announcement an automatic resignation.

The Harris County Civil Court judge, Bill McLeod, did not immediately respond to a request for comment on Tuesday. Local TV station KHOU 11 News on Monday reported that McLeod declined to comment on the move.

Article 16, Section 65, of the state’s constitution says that a judge’s announcement of candidacy for another office “shall constitute an automatic resignation of the office then held.”

The county attorney’s office will present the matter to county commissioners next Tuesday, First Assistant County Attorney Robert Soard said in a phone interview on Tuesday.   County commissioners, who can appoint replacements, may decide to keep McLeod in office until there is a special election, KHOU 11 reported.

The judge’s supporters have organized on social media using the hashtag #IStandWithMcLeod.   They plan to attend the commissioners’ Tuesday meeting and express their wish that the judge retain his office despite his blunder.

McLeod, a Democrat, was sworn in last November after winning the County’s Civil Court No. 4 race with 55 percent of the vote.

Wake Up Song of the Day:   Tony Orlando and Dawn “Tie a Yellow Ribbon Round the Ole Oak Tree“.   Tony is 75.