Charlie and Dave and Pat and YOU:     Did you see local pro bowler Tom Smallwood’s life in a sitcom on TV last night?   And, will you watch on TV tonight as local pro wrestler’s The Steiner Brothers are inducted into the WWE Hall of Fame?   (runs 5:58)

Bull vs Mailbox (guess who wins)

March 31 (UPI) — Police in New Jersey shared video of a young bull that escaped from a gated pen and ended up in a scuffle with a local resident’s mailbox.

Stafford Township Police Capt. James Vaughn said the 1-year-old bull, named Baby Cow, escaped from his pen alongside a pair of pigs and a goat about 2 p.m. Wednesday.

The Stafford Township Police Department posted video to Facebook showing an officer arriving in a neighborhood where Baby Cow was spotted and watching as the young bull fights with a resident’s mailbox, eventually pulling it out of the ground.

The post said the officer was “not amooooosed” by Baby Cow’s antics.

Vaughn said the escaped animals were rounded up by animal control personnel and returned to their pen.

Brand New Rocket Grab Plus Deal for You….. 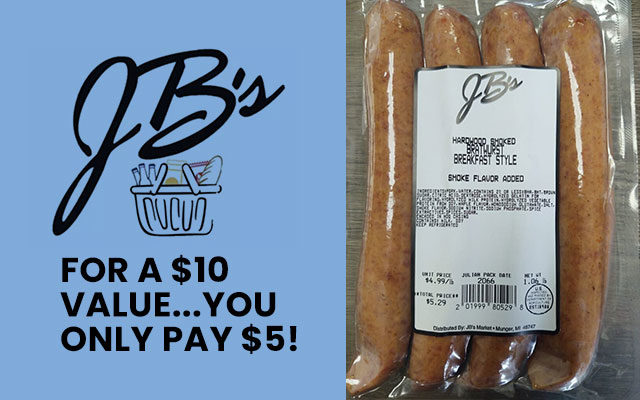 Wake Up Song of the Day:     America “A Horse with No Name“.   It’s the Friday Flashback Song!   We “Flash Back” in 10-20-30-40-50 year increments to find Number One Songs at this time that are still remembered today, along with the artists and groups that perform.   Or, Number One Songs that are long forgotten, along with the artists and groups that perform.   On this date, 50 years ago in 1972, America was #1 for 3 weeks.   America is celebrating its 50th Anniversary  (formed officially in 1970) and will be in concert at The Temple Theatre in Saginaw on Friday, April 8.