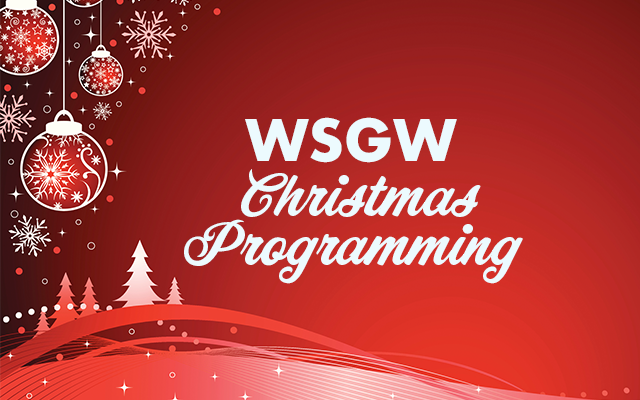 Starting on Christmas Eve from 9-Noon, Gil Gross of CBS Audio is Your Host for three hours of Christmas stories, food, fun, and tradition

2pm-4pm, it’s a “Valley Lutheran Christmas”.    Usually, this is a broadcast of the annual Christmas Concert featuring the Valley Lutheran Choirs.   That concert had to be cancelled, and it its place, a replay of the concert from last year.   This “Valley Lutheran Christmas” is presented by Joe Shaver and Marty Hessler 0f the Hessler/Shaver Group of Thrivent Financial, for more than 100 years, helping Christians be wise with money and living generously – and by – Frankenmuth Credit Union, Your Hometown Financial Solution

1am-5am, George Noory is LIVE on “Coast to Coast”.

Then, starting at 5am Christmas Morning through 1am December 26, it’s more of “An American Christmas with Mannheim Steamroller”.

Merry Christmas to YOU from WSGW