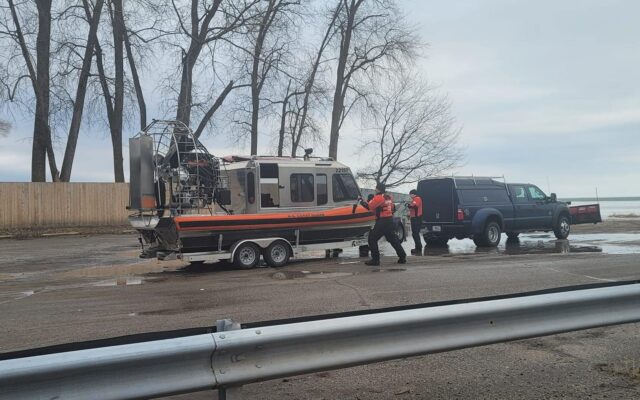 High winds that developed early Sunday morning, along with temperatures near 60 this weekend, have caused open water and ice floes on Saginaw Bay.  Despite Coast Guard warnings issued earlier on WSGW, first responders risked their safety  Sunday morning to rescue anglers stranded on the Bay with some reported in the water.

Coast Guard and Fire crews from Bangor and Kawkawlin Townships were among those responding.  The picture above was  shared by the “Airborne Angler” on facebook.

High winds with gusts near 60 miles per hour are forecast to continue until 4:00 Sunday afternoon.