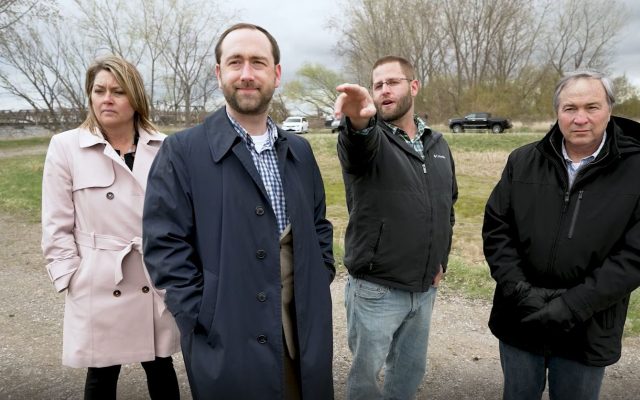 With it’s latest investment, Wilkinson Minerals will be bringing more than 80 new jobs to the Bay City area.

The mining company says it will need people with skills to fill roles ranging from chemical operators and general laborers, to chemists, sales, marketing, and more.

In addition to new jobs, a facility will be built to mine the chemicals and minerals that make up brine (Magnesium, Calcium chloride, Sodium chloride, etc.) from the buried Sylvania natural formation.

According to Keyes, the formation underneath the property at 101 Picard Street on the City’s east side is a so-called ocean of minerals  along the Saginaw river near Essexville.

Rick Billings, President of Wilkinson Mining, says the 20-plus acre riverfront site is one of the few places in North America where the chemicals needed to form quality brine exist.

The investment and site plans were announced mid-day Wednesday at the Virtual Bay Future annual meeting, while the property is being prepped for construction.

Operation plans expect to have the mining plant up and running by late 2023.