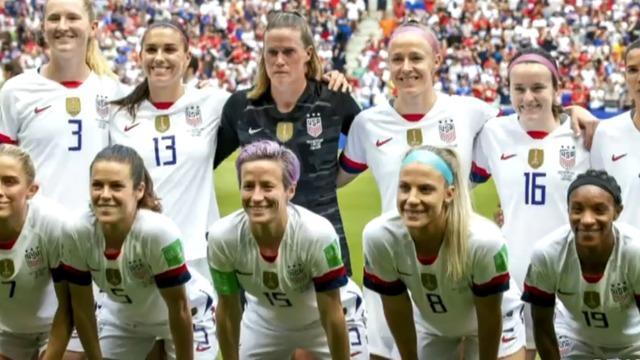 Jill Ellis will step down as the U.S. women’s national soccer team head coach after winning back-to-back World Cup titles, the U.S. Soccer Federation announced Tuesday. She will leave her post in October upon the completion of the team’s victory tour following its historic win in France.

Ellis, 52, departs as the first coach in history to win two FIFA Women’s World Cup titles. She has an overall record of 102-7-18.

“The opportunity to coach this team and work with these amazing women has been the honor of a lifetime,” Ellis said in a statement. “I want to thank and praise them for their commitment and passion to not only win championships but also raise the profile of this sport globally while being an inspiration to those who will follow them.”

Ellis will stay with U.S. soccer as an ambassador for at least a year. The role includes speaking at events to promote the U.S. Soccer Federation.

“She helped raise the bar for women’s soccer in the USA and the world, and given the history of this program, the level of success she achieved is even more remarkable,” Cordeiro said.

The federation released the figures as it moves toward mediating a federal lawsuit in which players for the women’s team accused U.S. Soccer of “institutionalized gender discrimination,” which includes inequitable compensation when compared to players on the men’s team.

The U.S. women’s team will soon appoint a general manager and begin a search for a new head coach, the federation said.