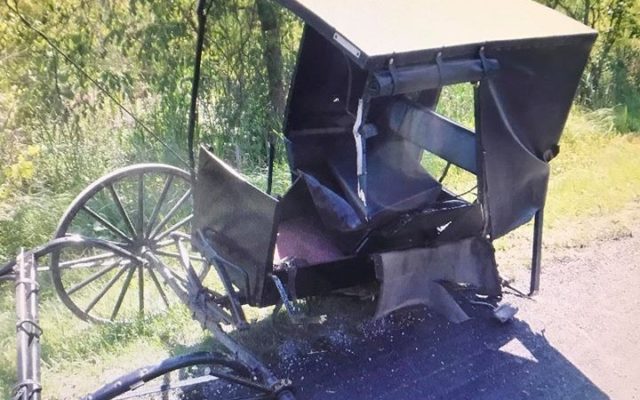 Michigan State Police responded to a crash on M-65 between Anderson Rd. and Old State Rd. in Iosco County on Sunday, August 16 just before 6 p.m. The crash involved a car and a horse-drawn buggy.

Police say their preliminary investigation indicates that both were northbound on M-65 when a rear-end collision occurred. Five passengers of the buggy were transported to an area hospital for medical treatment. Two of those passengers were later airlifted to other medical facilities for serious injuries.

Alcohol is not believed to be a factor in the crash. The incident remains under investigation.

The crash occurred on Beaverton Rd. east of Tobacco Rd. Police say a dark teal Pontiac Grand Am or Grand Prix crashed into a horse and buggy and fled the scene. A passenger side mirror was discovered at the site of the crash.

Police ask anyone with information about the crash to call the Clare County Sheriff’s Department. It’s unknown if there were any injuries.