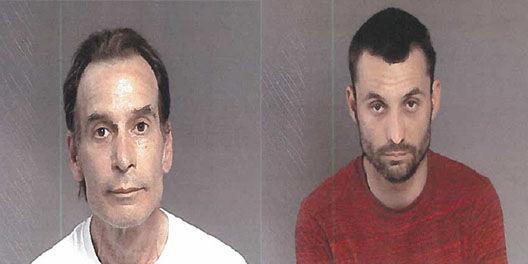 Two men were arrested in Gladwin County Saturday, June 6 for a shooting.

Police say Daniel and Ian Applebaum, 61 and 29, shot a man in the area of Bard and N. Cedar River roads in Sage Township around 6:30 p.m.

Police discovered a Chevy pickup truck crashed into a ditch on Bard Road with a 39-year-old Gladwin man who had been shot in the hip. He was taken to a Midland hospital for treatment and is listed in stable condition.