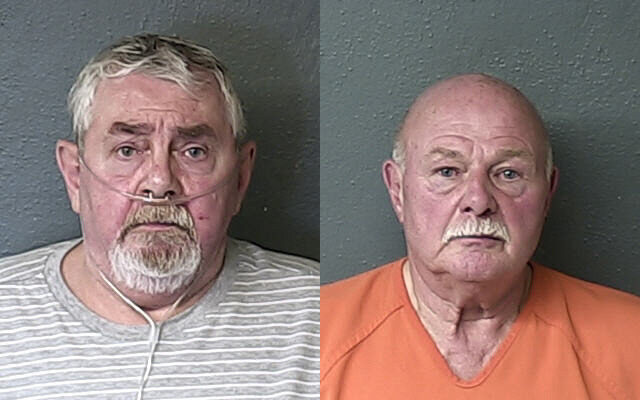 Two men are facing felony charges related to sex crimes, plus using a computer to commit a crime after a law enforcement sting operation in Huron County.

Sheriff Kelly Hanson said 66-year-old Dennis M. Bales of Port Huron and 70-year-old Dale Ignash of Filion were arrested Wednesday, after multiple law enforcement agencies conducted the sting. Hanson said the men were using internet sex and prostitution sites from a location in Caseville Township, where they would communicate and arrange meetings with people they thought were underage males, but were actually members of law enforcement.

Both men were arraigned Thursday. Ignash was released on a $10,000 bond. Bales’ bond was raised to $200,000. Hanson said he had prior sex-related convictions and is on the Michigan Sex Offender Registry. An investigation is ongoing and a third man could also be facing charges.

In addition to the Huron County Sheriff’s office, agencies involved in the sting were the Sanilac County Drug Task Force, Bad Axe Police, and the Tuscola County Sheriff’s Office, which had advisory assistance from members of the Genesee Human Oppression Strike Team.