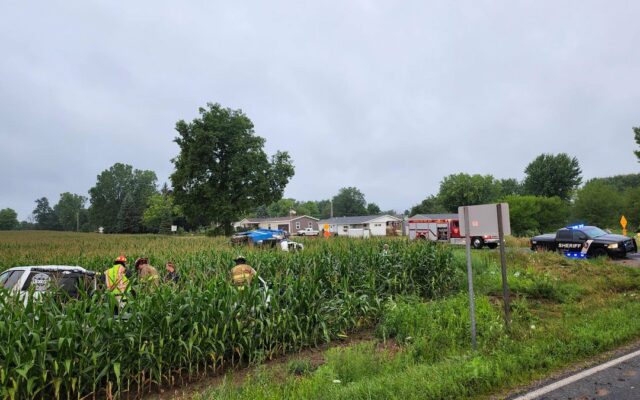 A man and a woman were both injured in a Shiawassee County crash Monday, August 8.

The crash occurred at the intersection of South Durand and Lennon roads around 6:45 A.M. Police say a 30-year-old Corunna man was heading south on Durand in a white Chevy Silverado when his vehicle was struck by a Consumers Energy truck heading east on Lennon driven by a 55-year-old Corunna woman. The woman had failed to stop at the stop sign, according to police.

The Consumers Energy truck flipped onto its side, though the woman was able to escape the wreckage with only minor injuries. The man was trapped inside his vehicle and was freed by first responders.

Both were taken to a local hospital, with the man suffering serious injuries. Police continue to investigate the crash.