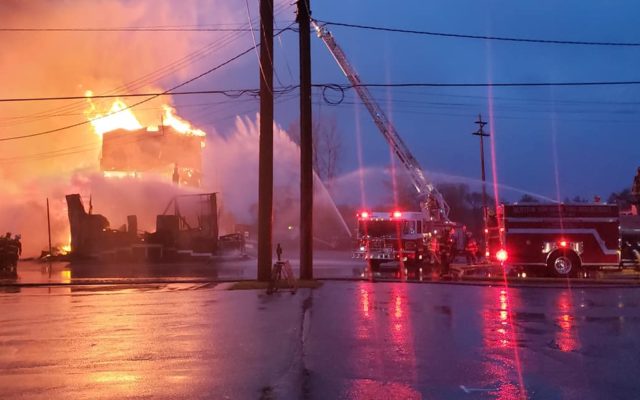 The fire was discovered around 5:30 a.m. at Pajot Feed and Grain in Kawkawlin. Six separate departments responded to the scene at M-13 and Grove Street, closing a portion of M-13 and Old Kawkawlin Rd.

Officials say the building collapsed from the fire, which also spread to The Great American Man Cave, a neighboring barber shop. The barber shop was also destroyed. A third business, Woodland-Kawkawlin Trailers, sustained minor damage in the fire, according to fire officials.

No injuries were reported.

The cause of the fire is under investigation.