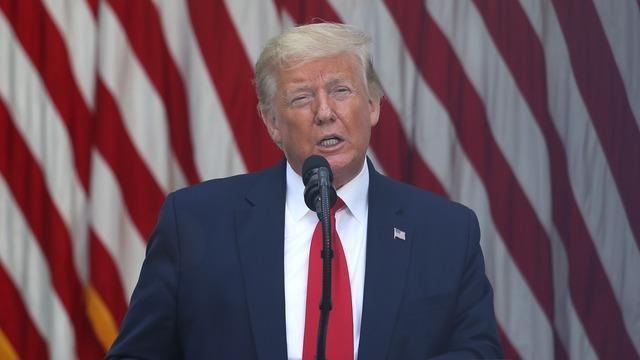 Twitter on Tuesday added a fact-checking label to a tweet by President Trump, the first time the social media platform has used such a label for the president’s tweets. The tweet now includes a link directing users to information debunking the president’s false claims about mail-in voting fraud.

Twitter added the label to two tweets Mr. Trump posted Tuesday morning, in which he alleged that mail-in ballots will be “substantially fraudulent” and result in a “Rigged Election.” There is no evidence of widespread fraud in voting by mail, but Mr. Trump had been spreading his unfounded claims for weeks, as more states expand mail-in voting during the coronavirus pandemic.

Both of the tweets now have a label that says, “Get the facts about mail-in ballots.” The label leads to a page saying the president’s tweets are not true.

“These claims are unsubstantiated, according to CNN, Washington Post and others,” the page says. “Experts say mail-in ballots are very rarely linked to voter fraud.” The page also includes tweets from major news outlets and journalists giving the facts behind mail-in voting and Mr. Trump’s claims.

Twitter said in a statement to CBS News that the president’s two tweets “contain potentially misleading information about voting processes and have been labeled to provide additional context around mail-in ballots.” It said the label was in line with a new approach announced this month to begin labeling tweets with disputed or misleading information.

When asked if Twitter planned to continue labeling Mr. Trump’s tweets, a spokeswoman pointed to a new policy that said Twitter “may use these labels and warning messages to provide additional explanations or clarifications in situations where the risks of harm associated with a Tweet are less severe but where people may still be confused or misled by the content.”

During the COVID-19 pandemic, Twitter also ramped up efforts to label and take down tweets spreading misleading information about the virus and potential cures. But this is the first time Twitter has intervened on one of the president’s tweets, after years of taking a hands-off approach to his posts containing falsehoods, conspiracy theories and threats.

Mr. Trump responded on Twitter, tweeting that Twitter “is now interfering in the 2020 Presidential Election.” He doubled down on his unsubstantiated claims about voting by mail and added, “Twitter is completely stifling FREE SPEECH, and I, as President, will not allow it to happen!”

The president’s campaign also accused Twitter of an anti-conservative bias, which Mr. Trump has often done in the past.

“We always knew that Silicon Valley would pull out all the stops to obstruct and interfere with President Trump getting his message through to voters,” Trump 2020 campaign manager Brad Parscale said. He said Twitter’s citation of news outlets was “only a smoke screen Twitter is using to try to lend their obvious political tactics some false credibility.”

Parscale added, “There are many reasons the Trump campaign pulled all our advertising from Twitter months ago, and their clear political bias is one of them.” Twitter, in fact, banned all political advertising in November 2019.

The label came the same day that Twitter decided not to take any action about a different set of Mr. Trump’s tweets with false information. Twitter said it would not take down tweets from the president spreading a false conspiracy theory about MSNBC host Joe Scarborough being involved in the death of a staff member 19 years ago.

The widower of the staff member, Timothy Klausutis, had sent a letter to Twitter CEO pleading for the platform to take down Mr. Trump’s tweets.

“I’m asking you to intervene in this instance because the President of the United States has taken something that does not belong to him — the memory of my dead wife  — and perverted it for perceived political gain,” Klausutis wrote.

Twitter allowed the tweets to remain. It issued a statement that did not explain the decision, but appeared to hint at the action now taken with the fact-check label.

“We are deeply sorry about the pain these statements, and the attention they are drawing, are causing the family,” Twitter’s statement said. “We’ve been working to expand existing product features and policies so we can more effectively address things like this going forward, and we hope to have those changes in place shortly.”