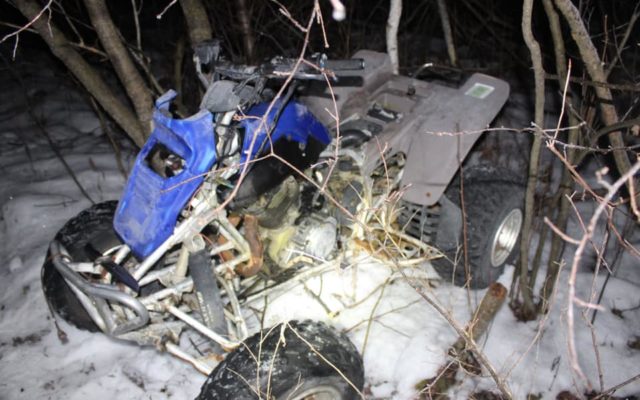 The Tuscola County Sheriff’s Department has arrested a suspect in several thefts.

A deputy responded to a suspicious vehicle the morning of Monday, January 18 in Indianfields Township. The deputy located the suspect along Ryan Rd. Near Grady Rd. allegedly attempting to conceal an ATV. Police say the vehicle displayed obvious signs of being stolen.

Police say snumerous other cases have been solved with the suspect’s arrest.

The suspect revealed the location from where the quad was stolen. Police are attempting to find the owner of the ATV but have been unsuccessful so far. Details of the vehicle are as follows:

The subject advised that there was a side by side Gator on the property as well but couldn’t recall if there was an actual residence on the property or not (possibly just storage). The area where the ATV was stolen was said to be about 100 yards off the roadway.