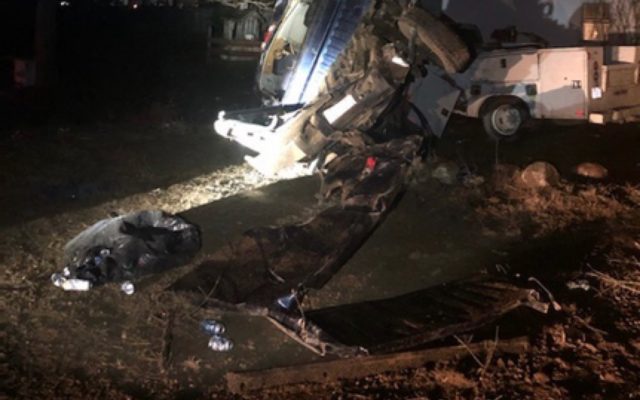 On Thursday, December 24 at 1:17 a.m., troopers from the Michigan State Police Caro Post were dispatched to Sheridan Rd. near Swaffer Rd. for a Personal Injury Crash. Tuscola County Central Dispatch advised they received a call from an area resident who reported hearing a loud noise outside and when they checked, discovered a pickup truck rolled over and a male subject laying on the ground in their yard.

Upon arrival, Troopers located a seventeen-year-old boy with serious injuries lying near the front porch of the 911 caller’s residence. Troopers, as well as the homeowner, searched the immediate area for any additional occupants but did not locate anyone else. Troopers were able to administer first aid to the driver until the medical crew arrived on scene to take over.

The subsequent investigation revealed the driver was traveling north on Sheridan Rd. at a high rate of speed when the driver lost control in the roadway. The truck ran off the roadway to the right and had a collision with several trees and a steep embankment which caused the truck to go airborne. The truck then landed in the front yard of a residence and began to roll several times before eventually colliding with a parked vehicle near the front of the house. At this time, it is unclear if the driver was ejected from the truck or if he managed to exit through a broken window.

As a result of the crash, the driver sustained serious injuries and was transported to Ascension St. Mary’s where he was listed in stable condition.

Troopers say both speed and alcohol are believed to be factors in the crash. Troopers were assisted on scene by the Vassar Police Department and Mobile Medical Response (MMR) ambulance service.