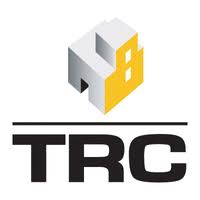 Three Rivers earned a National Excellence in Construction Pyramid Award for the Whiting Forest Project General Contractor, Special Projects of $10-100 million. The company is also receiving the National Pinnacle Safety Award in recognition of safety performance judged to be exemplary by the ABC National Safety and Health Committee.

ABC’s Excellence in Construction program was designed to offer recognition for excellent performance in the merit shop construction field. These awards honor all members of the construction team: contractor, owner and design team.

The ABC National Safety Excellence Award recognizes companies who exhibit a continued commitment to jobsite safety and whose safety performance and programs are consistently judged to be outstanding. Three Rivers is one of only fourteen companies in the United States receiving the highest recognition, the National Safety Excellence Pinnacle Award.

Both awards will be presented during the ABC Convention 2020 in Nashville, Tennessee on August 18.