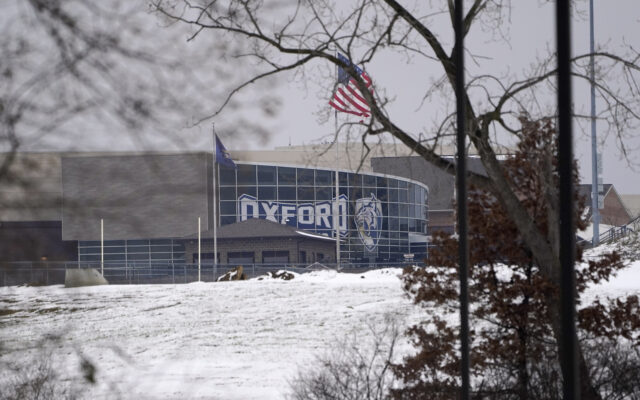 Three high school students are dead and eight people, including a teacher, were wounded when a 15-year-old sophomore at Oxford High School opened fire at the school Tuesday afternoon. The deceased were a 16-year-old boy, and two girls, ages 14 and 17. As of 5:00 p.m., two of the wounded were in surgery and the others were reported in stable condition. The Oakland County Sheriff’s Office said the suspect was arrested at the school and the handgun used in the shooting was recovered.

Students at the school  were sent to a nearby store parking lot to be picked up by their parents.

The high school is in Oxford Township, about 30 miles north of Detroit. Names of the victims and suspect were not immediately released.

“My heart breaks for the students, teachers, staff, and families of Oxford High School. The death of multiple students and the shooting of many others, including a teacher, is horrific. I want to thank the first responders on the ground working hard to keep people safe as law enforcement officials investigate this shooting and get the community the help it needs right now. As Michiganders, we have a responsibility to do everything we can to protect each other from gun violence. No one should be afraid to go to school, work, a house of worship, or even their own home. Gun violence is a public health crisis that claims lives every day. We have the tools to reduce gun violence in Michigan. This is a time for us to come together and help our children feel safe at school.  My heart is with the parents who had their children taken from them today and with the entire community in Oxford.”

“News of the shooting today at Oxford High School was horrifying for us both as educators and as parents. School should be a safe place for students and employees alike – but today that safety was shattered by gunshots. Our hearts go out to the victims and their families, as well as all the Oxford students and educators who’ll carry today with them for the rest of their lives. We also want to thank the dedicated first responders whose swift action was essential, especially the school resource officer who apprehended the shooter and kept more innocent lives from being lost. MEA and NEA are committed to working with our local members and the school district to ensure that students and employees get the emotional and physical support they need to begin recovering from this tragedy. Further, we remain committed to ending violence in our schools.  One event like this is too many – and this is not the first time the unthinkable has happened.  Addressing the mental health needs of our students and the physical safety of everyone in our schools is not a partisan issue and must be something we work together to achieve.  Each of today’s victims – and every student, parent, educator and first responder – deserves that commitment from us all.”