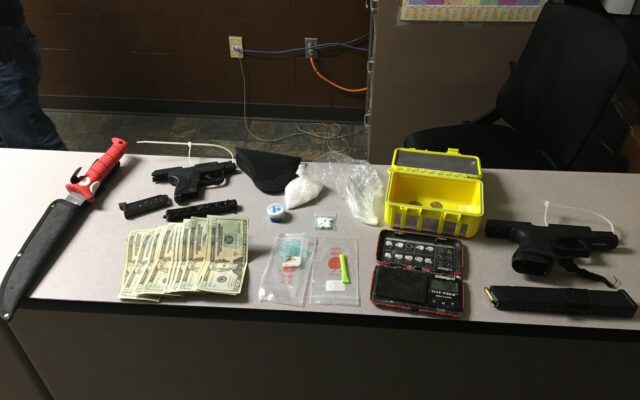 The Huron County Sheriff’s Department made three arrests in two separate drug cases Thursday. Sheriff Kelly Hanson said his office has been busy with multiple drug arrests and investigations over the past four months.

One man was arrested about 5:30 p.m. Thursday on charges of felony possession of fentanyl, after Bad Axe Police executed a search warrant at a home on Charlotte St. in Colfax Township. Ralph R. Kinney , 43, was arraigned Friday and jailed on a $2,000 bond.

Officers seized about 60 grams of methamphetamine with a street value of around $6000, guns, cash and other items. Edward A. Rodriquez, 47,  of Saginaw and 37-year-old Jeffrey Martin of Bay City have both been charged with felony drug trafficking and felony weapons charges. Both are jailed with bond set at $4,000s. Hanson said a Toyota Camry vehicle was also seized and will be searched.