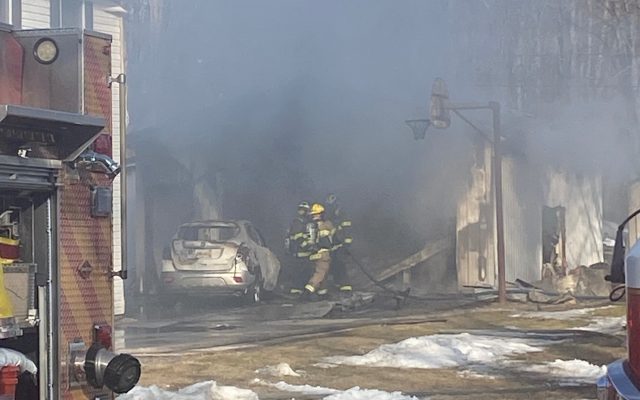 Miller road in Thomas township was blocked off for more than 3 hours while firefighters responded to a garage fire.

Thomas Township and Saginaw Township fire departments responded to 940 Miller rd after Debbie Garza said she heard an explosion, which ended up being a tire on one of her vehicles popping from the heat.

Her husband Rueben says he was told by Firefighters the garage and everything in it (their cars, a golf cart, tools, and their tractors) was considered a total loss.

Miller between Luann & Madeline streets had been closed while responders finished handling the incident.

Mr. Garza said while the fire is believed to have begun in the garage, it also caused significant heat and smoke damage to the rear exterior of the home.

Fire fighters say the home is stable, but Consumers energy had to limit power & gas services while crews dealt with the incident due to the proximity of the fire to the home.