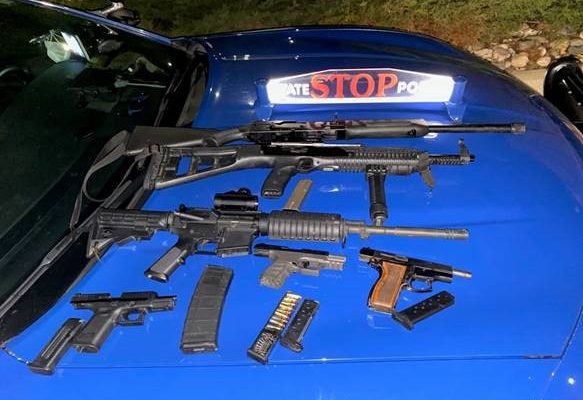 Several people were taken into custody in Flint on Friday, April 2 after a multiple shots were heard.

State police troopers from the Flint post were conducting a traffic stop around 11:30 p.m. when they heard about 20 shots. A state police helicopter was able to locate several people using thermal imaging running from a vehicle to a house. Troopers on the ground were quick to respond to the area and observed several people with guns in their hands. One of the subjects ran from the scene carrying an AR-15 style rifle. Others at the scene placed their guns on the ground as requested. The helicopter then directed troopers to the AR-15 hidden in the back yard.

The subjects were detained and questioned. The firearms and 60 rounds of ammunition were seized. It’s unknown how many people were taken into custody. The Genesee County Prosecutor’s Office is reviewing the case and will determine charges to filed.