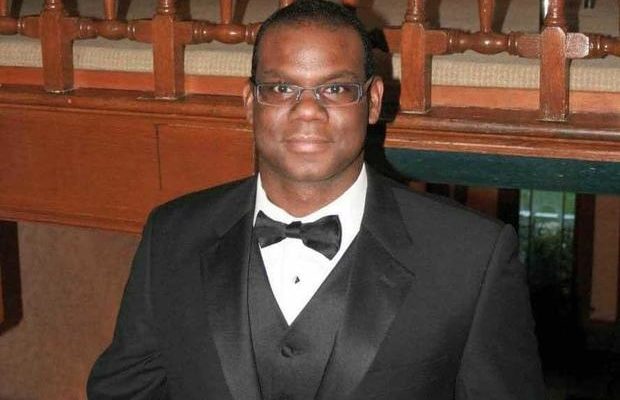 In the spring of 2018, the city of Austin, Texas, was under siege. A serial bomber was killing and maiming random victims with homemade explosives. Could law enforcement stop the bomber before more people lost their lives? FBI agents reveal the unprecedented effort to stop the human destruction in “‘The FBI Declassified’: 20 Days of Terror: The Austin Bomber,” airing Tuesday, October 20 at 10/9c on CBS.

Just before 7 a.m. on Friday March 2, 2018, FBI analyst Jordana Nesvog was on her way to work at the FBI’s Austin office when her phone rang with an urgent call: A bomb had exploded at a home on the east side of the city and she needed to get there right away.

“I was going to that scene as an evidence collector,” Nesvog said, “somebody that would go there and work very systematically to collect whatever items might have been left behind from this explosion.”

In addition to her duties as an analyst, Nesvog serves on the FBI’s Evidence Response Team in Austin.

When she arrived at the small, one-story brick home in a quiet residential neighborhood, it was already buzzing with investigators from the Austin Police Department, the Bureau of Alcohol, Tobacco, Firearms and Explosives, and colleagues from the FBI.

What they found was a horrific scene.  Anthony Stephan House, a 39-year-old father of an 8-year-old daughter, was dead. The foyer near his front door was in shambles.

The businessman had begun his Friday morning as he often did by stepping outside his home to smoke a cigarette. That’s when he noticed a package sitting on the front step. When he picked it up, it exploded. His body took the brunt of the blast.

His daughter, inside the house, found her father on the front yard and ran to the neighbors to get help.

“As an analyst, when I am on scene I’m starting to build those pieces of the puzzle. Every part of that bomb contains information about the bomber,” Nesvog said.

In the next 10 days, two more bombs would explode, killing another Austin resident and injuring a third. For investigators, it was clear there was a serial bomber on the loose.

For 13 years, Jordana Nesvog has worked as an FBI Staff Operations Specialist, commonly known as an analyst. Nesvog joined the bureau straight out of college and was assigned to the FBI’s Seattle division, working white-collar crimes.

“I have always wanted to be in the FBI since I was a child and loving mysteries and figuring out that I was pretty good at solving problems,” Nesvog said.

She moved on to Denver working gang and drug cases before settling in Austin in 2014 as part of the FBI’s Joint Terrorism Task Force, focusing on international and domestic terrorism.

Unlike FBI agents, analysts don’t carry a badge and a gun. Her job is to find the needle in a haystack, to sift through complex evidence and data to help FBI agents solve crimes.

“I analyze and research any type of data that we can pull for an investigation to identify individuals that are committing crimes or finding and generating new leads for investigators so that they can go out into the field and obtain evidence in order to bring criminal investigations to prosecution,” Nesvog said.

“A lot of things can happen from a tidbit of information that I come up with. So I always feel that responsibility, that burden of doing my job right.”

Nesvog had worked many difficult investigations in her career, but the Austin bombings case was unlike any she had seen before.

“This case is one of those that … it changes you,” Nesvog said.

After three bombs in 10 days, Jordana Nesvog relocated to a massive 24-hour command center, where the FBI, ATF, Austin Police and dozens of other agencies combined their efforts to operate around the clock.

“Information is flying [in] all sorts of directions. All of those moving parts are being analyzed and trying to be made sense of by all the analysts sitting behind a computer somewhere and trying to just find some sort of identification, whether it be a phone number or an IP address or a vehicle description that would rise to the top and would help us ultimately identify who is behind all of these bombings.”

On the evening of March 18, the investigation took another violent turn. Initially, the FBI believed the first three bombs were targeted attacks purposely placed outside the homes of African American and Hispanic families in East Austin. Now, there was a fourth explosion, and it was a tripwire. The booby trap was placed on the sidewalk of a Southwest Austin neighborhood and those injured were young white males.

“We had been pursuing a couple different persons of interest and those individuals, from what I understood, had been under surveillance and all of a sudden a tripwire bomb goes off in a part of town that we weren’t familiar with — hadn’t been on the radar,” said Nesvog.

It was back to square one. The FBI had to analyze all of the evidence that was collected since the first bomb. But Nesvog says, this was almost “a blessing in disguise.”

The tripwire was anchored on a red yard sign that read, “Drive Like Your Kids Live Here.” A label on the back of the sign enabled Investigators to locate the store where the bomber made the purchase and obtain video surveillance.

Investigators believed they finally caught a break. For nearly three weeks they had been poring through purchase records from stores across Austin trying to identify individuals who may have bought the items they had identified at the various crime scenes to make the bombs. Now, with that video from the yard sign purchase and other clues, agents would soon have an image of the bomber.

On the night of March 20, 18 days after the first bomb exploded, federal agents got a call about a fifth bomb exploding on a conveyer belt at a FedEx distribution center about an hour away from Austin. Nobody was injured in that blast. Investigators were able to determine the tracking number for the package and that it was shipped from a FedEx store back in Austin, along with a second package still waiting to be delivered the very next day. Technicians from the Austin Police Bomb Squad were able to intercept that second package before delivery and found it contained another bomb, still intact.

“Pulling information, finding out where that that package had been shipped and by who — now all of a sudden we had an actual witness to talk to that had been face to face with the bomber. All of those things, as an analyst, I immediately started feeling that energy of OK, we’re gonna get momentum here,” Nesvog said.

On the morning of March 21, investigators with the FBI interviewed a FedEx store employee who was able to give a description of a young man who shipped the two packages. And they immediately pulled surveillance footage from inside and outside the store. Through interviews and more video surveillance, federal investigators determined that the suspect may have been driving a red Ford Ranger pickup truck.

As more details crossed Nesvog’s desk, she says something finally clicked. “So I am looking at … a store receipt for somebody that has purchased a component of one of the bombs. And then looking at a vehicle record that says that this individual owns a Ford Ranger that’s red in color. It was 2002 and he lives in the Austin area. I just immediately felt that goose bump, you know, gut feeling that this is good. This is the guy and I think my initial thought was I got him. I got him.”

Now it would be a race against the clock to capture the bomber before he could strike again.