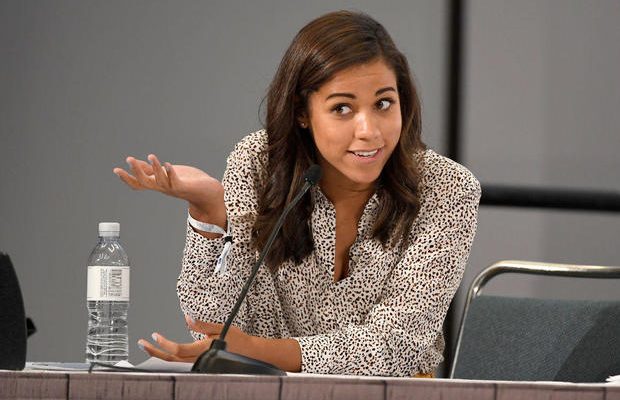 Teen Vogue’s new hire for editor-in-chief, Alexi McCammond, is parting ways with the publication following backlash over racist tweets from a decade ago.

“My past tweets have overshadowed the work I’ve done to highlight the people and issues I care about — issues that Teen Vogue has worked tirelessly to share with the world — and so Conde Nast and I have decided to part ways,” McCammond said in a statement Thursday.

Earlier this month, Teen Vogue announced the 27-year-old McCammond would be taking over the news outlet, which is often praised for its coverage of social and political issues. McCammond, a former political reporter for Axios, MSNBC and NBC, was the third Black editor named to run the publication — following Elaine Welteroth and Lindsay Peoples Wagner.

Staffers, however, pushed back, saying they were concerned about McCammond’s tweets from 2011 that were racist toward the Asian community. In a letter to top Conde Nast executives, staffers pushed back on her hiring, citing a moment of racist violence against Asian Americans and the ongoing struggles of the LGBTQ+ community.

Ulta Beauty later said it would pause ad spending at Conde Nast, Teen Vogue’s parent company. “We believe it’s important that our partners share our values. Our discussions with Conde Nast are actively underway as we seek to better understand their next steps and determine ours.”

The racist tweets surfaced in 2019 after she revealed former NBA star and TNT broadcaster Charles Barkley had threatened her, saying, “I don’t hit women but if I did I would hit you.” Barkley later apologized for.

In her statement Thursday, McCammond didn’t announce where she’ll land next but said she wants to continue her journalism career.

“I became a journalist to help lift up the stories and voices of our most vulnerable communities,” McCammond wrote. “As a young woman of color, that’s part of the reason I was so excited to lead the Teen Vogue team in its next chapter. There are so many stories left to be told, especially those about marginalized communities and the issues affecting them. I hope to have the opportunity to rejoin the ranks of tireless journalists who are shining light on the issues that matter every single day.”