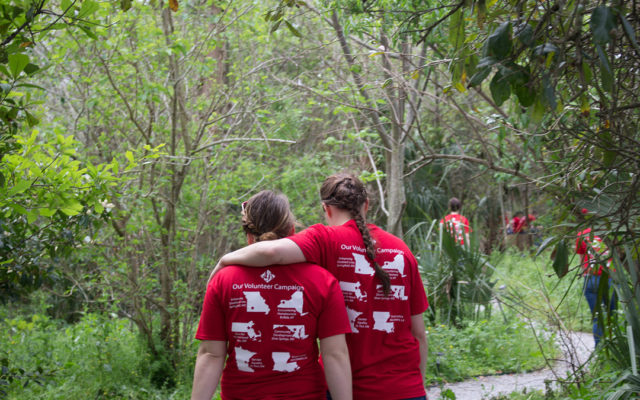 Sixty Saginaw Valley State University students are continuing their predecessors’ tradition of spending spring break week providing support and good will to in-need communities across the nation.
SVSU’s Alternative Breaks program organized six groups — with 10 students participating in each — who began traveling  today (Saturday) when spring break week begins.
When they arrive at their destinations, each team will spend the week supporting agencies and nonprofits engaging a variety of issues including providing shelter for those in need, empowering communities to overcome racism, and educating children about HIV and AIDS.
The following is a list of the planned Alternative Breaks trips and objectives:
Alternative Breaks is a student-run organization that has organized volunteer efforts during breaks in SVSU’s school scheduling — including the winter break — since 2004.
Social media users can follow the SVSU Alternative Breaks group updates via Facebook at www.facebook.com/svsuAlternativeBreaks and Twitter at www.twitter.com/ab_svsu.
The  image shows  a group of SVSU students volunteering as part of the Alternative Breaks program during a trip to New Orleans in 2017, when they helped various nonprofits provide support across the community.  The photo was taken by Riley Hupfer for SVSU.