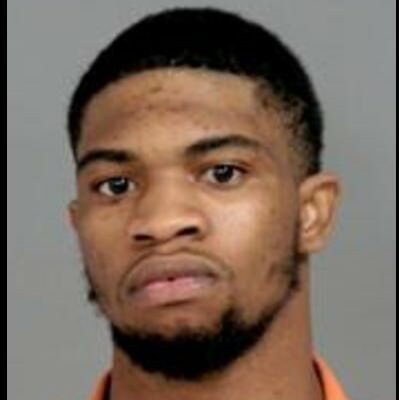 A 24-year-old man is wanted for sexually assaulting a woman and killing a dog in Flint on Sunday, April 17.

Police say Daquantae Johnson assaulted his girlfriend at a home on Flint’s east side after they got into a fight. He allegedly pistol whipped her, raped her and refused to let her leave. The woman managed to escape through a window with her dog and fled down Lewis St. Police say Johnson followed her, assaulted her again and shot the dog to death. The woman was able to record the incident with her cell phone.

Johnson is wanted for several felonies, including assault with intent to murder, first-degree criminal sexual conduct and first-degree killing an animal. He is considered armed and dangerous.

Anyone with information on his whereabouts can leave an anonymous tip with Crime Stoppers at 1-800-422-JAIL. A reward of up to $1,000 is offered for information 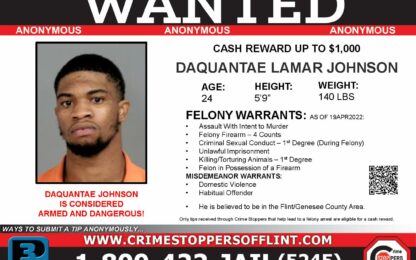 leading to his arrest.