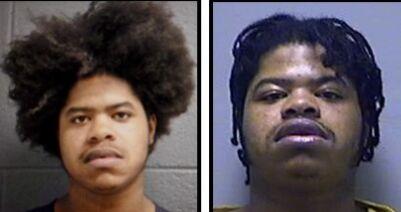 Police in Flint are looking for a suspect believed to be involved in a double homicide.

29-year-old Ronald Dendy, Jr. is accused of shooting two people causing their death on December 26. The incident took place in the area of Fenton Rd. and 12th St. Dendy is described as six feet tall and 230 pounds, with his dreadlocks in a ponytail at the time if the incident. He was last seen driving a silver Ford Fusion, which police found after the murders.

Dendy is wanted on charges of first-degree murder, felony firearm, assault with intent to murder and firearm possession by a felon. He is considered armed and dangerous.

Anyone with information about the incident or Dendy’s whereabouts can call the Flint Police Department or leave an anonymous tip with Crime Stoppers at 1 (800) 422-JAIL.